Enercon has announced that it has agreed to another cooperation with the utility Energie Burgenland in its expansion of onshore wind energy in Austria. 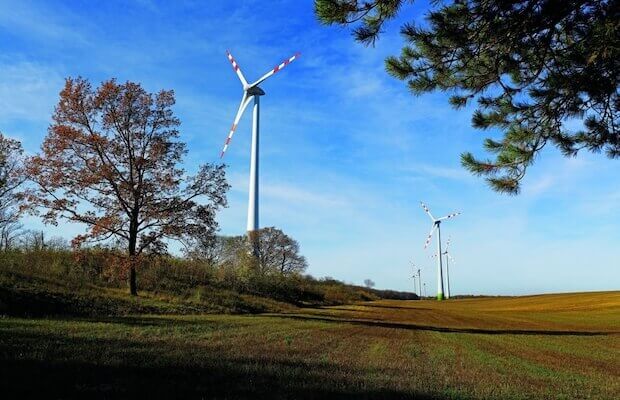 German wind turbine manufacturer Enercon has announced that it has agreed to another close cooperation with the utility Energie Burgenland in its expansion of onshore wind energy in Austria. The two companies recently concluded contracts on the supply of 51 Enercon wind energy converters. This corresponds to an overall volume of 212 MW.

The various wind energy converters in different performance classes are to be installed in seven wind farms planned for Burgenland. Construction of the majority of the projects resulting from this cooperation is scheduled to start this summer.

“We are very happy that Energie Burgenland has chosen to put its trust in our company and technology once again,” said Paul Dyck, Country Sales Manager for Austria at Enercon Sales. “We have a long-standing partnership expanding wind energy in Austria. We hope the new projects will add further chapters to our success story.”

Energie Burgenland was focussed on generating renewable energy as early as 1997 when the first wind farm was constructed in Zurndorf. After the Green Electricity Act regulating the generation of power from wind energy converters was passed in Austria in 2003, a real construction boom took place: within the space of a few years, the Neusiedl, Weiden, Gols, Pama, Neudorf, Kittsee, Parndorf and Potzneusiedl wind farms were built in North Burgenland, as well as another wind farm in Deutschkreutz (Central Burgenland). Energie Burgenland is the largest wind energy producer to this day and has made a huge contribution to Burgenland’s calculated energy autarky.

This concept for success will carry on in the third wind expansion stage. “We will be able to increase our power generation by around 25 percent with fewer WECs that are more modern,” report Managing Directors Wolfgang Trimmel and Klaus Maras. Competent and experienced project partners play an important role in achieving this success.

The supply agreement comprises the ENERCON E-101, E-103, E-115 EP3, E-126 EP3, E-138 EP3 E2, and E-147 EP5 E2 WEC types. Expansion of the Nickelsdorf and Andau wind farms, construction of the Zurndorf II wind farm, and repowering of the Parndorf and Gols wind farms are all set to begin in the second or third quarter. Repowering of the Potzneusiedl and Neudorf wind farms is scheduled for 2021.

Tags: Austria, Enercon, Enercon Austria, Projects, Wind
"Want to be featured here or have news to share? Write to info[at]saurenergy.com