EIB is investing EUR 43.5 mn to finance 200 MW solar projects in Spain, and EUR 63 mn for construction and operation of two new wind farms in Austria. 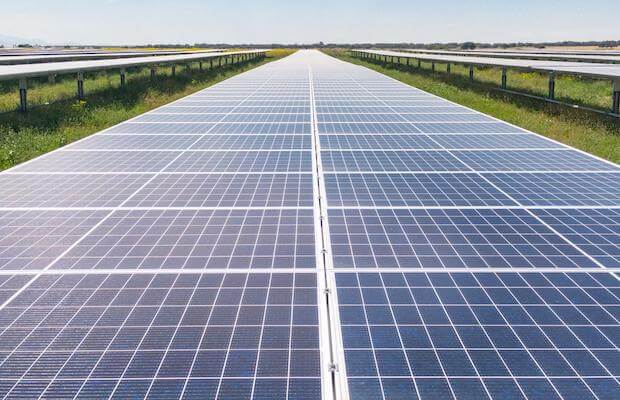 In Spain, the bank is financing the Cabrera Solar Project, which includes the construction and operation of four 50 MWp photovoltaic solar plants in Alcalá de Guadaira, Seville. The four plants will provide enough clean energy to supply nearly 145 000 households per year and will contribute to reducing CO2 emissions by 300 metric kilotons (kt) CO2-equivalent per year.

The bank announced that despite the COVID-19-related lockdown in Spain, over 85 percent of the construction plan was successfully completed by May 2020. This investment, backed by the European Fund for Strategic Investments (EFSI), the main pillar of the Investment Plan for Europe, will contribute to Spain’s green recovery and will create around 350 jobs during the implementation phase in the transition region of Andalusia.

The project will have a significant impact on the Spanish renewable energy market, helping the country to meet the government’s objective of generating 20 percent of all the country’s energy needs from renewable sources by the end of this year. Moreover, the Cabrera Solar Project will contribute to meeting the European Commission’s target of ensuring that at least 32 percent of Europe’s final energy consumption comes from renewables by 2030.

“As the EU climate bank, we are committed to investing in green recovery in Europe, building sustainable infrastructure while spurring the creation of green jobs. Spain is a market with huge potential for renewable energy and the EU bank is proud to support the investments needed to meet the country’s renewable energy targets,” said EIB Vice-President Emma Navarro, responsible for climate action at the Bank and for operations in Spain. “Despite the economic challenges caused by COVID-19, we should not forget that climate change still represents one of the biggest threats to our future.”

The Project entered into a Power Purchase Agreement (PPA) with amazon.com inc which hedges the off-take price for a significant volume of energy production.

In Austria, the bank is financing the construction and operation of the Prinzendorf III and Powi V wind farms of Windkraft Simonsfeld with a total capacity of approximately 43.6 MW.

The bulk of the EIB financing (EUR 40.9 million) will go directly to Windkraft Simonsfeld. These funds are also backed by a guarantee from the European Fund for Strategic Investments (EFSI), the central pillar of the Investment Plan for Europe (the Juncker Plan). Under this plan, the EIB and the European Commission are working together as strategic partners to boost the competitiveness of the European economy. The remaining loan amount of EUR 22.1 million will be provided by Erste Bank and guaranteed by the EIB. Windkraft Simonsfeld will put EUR 21 million of its own funds into financing the wind farms.

The EIB Vice-President responsible for operations in Austria, Andrew McDowell, said: “The promotion of sustainable, competitive and secure sources of energy is a key policy objective and, as the EU climate bank, a priority sector for EIB financing. We are therefore very pleased to be able to promote the development of renewable energies in Austria in close cooperation with our trusted partner, Windkraft Simonsfeld. The Prinzendorf III and Powi V wind farms are testament to Austria’s commitment to the renewable energy transition.”