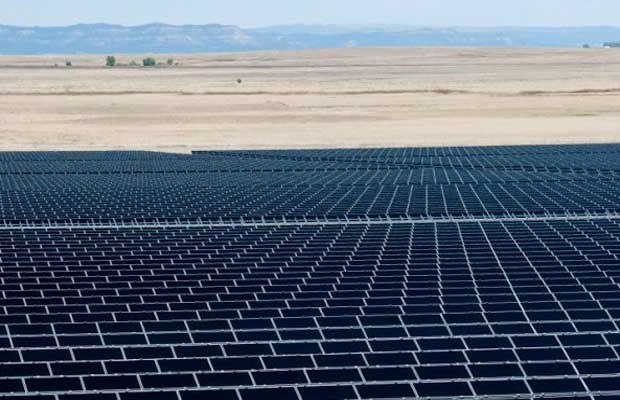 The overall 754MW solar PV plants will be operational in the second half of 2018 and is expected to generate over 1700 GWh of solar power each year.

“The start of construction of this record-breaking solar PV plant is another major milestone for Enel”, said Enel’s Head of Renewable Energies for Central America Paolo Romanacci.

“We continue to make excellent progress against our strategy in this high-potential market. Mexico is a key country for Enel and we look forward to contributing further to the country’s growing electricity sector with the clean energy generated by Villanueva and the 530 MW of solar PV and wind projects we have under execution. Enel is an important factor in Mexico’s sustainable development, and it is clear that our approach of creating shared value for all our stakeholders around the world are working very well in Mexico.”

Villanueva is owned by EGPM subsidiaries Villanueva Solar SA de CV and Parque Solar Villanueva Tres SA de CV and is composed by the 427 MW1 Villanueva 1 and the 327 MW1 Villanueva 3 parks, which are being built at the same time. The overall 754 MW1 solar PV facility is expected to enter into service in the second half of 2018 and to generate over 1,700 GWh each year, equivalent to the energy consumption needs of over 1.3 million Mexican households, while avoiding the emission of more than 780,000 tonnes of CO2 in the atmosphere.

In March 2016, in Mexico’s first long-term public tender since its energy reforms, Enel was awarded the right to sign 15-year energy supply and 20-year clean certificate supply contracts for around 1 GW of solar PV capacity with Villanueva 1 and Villanueva 3, as well as with the 238 MW1 Don José PV project. Enel was awarded more capacity than any other player taking part in the tender, confirming its position as the largest renewables operator in Mexico in terms of installed capacity.

In Mexico, Enel currently operates through EGPM 728 MW of renewables capacity, of which 675 MW come from wind power and 53MW hydropower. EGPM recently started construction of the 200MW Amistad wind farm, which is also located in Cohauila. The company is also set to begin construction of the Don José PV project in the State of Guanajuato and the 93MW Salitrillos wind farm in the State of Tamaulipas.