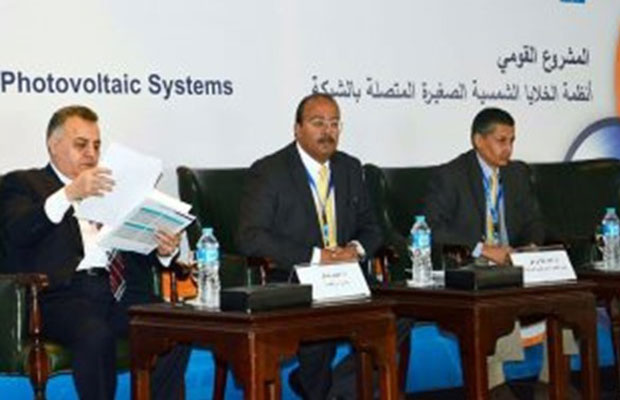 In a significant development, Egypt has launched a new solar power project called “Grid-connected Photovoltaic Power Systems – Egypt PV”, which is implemented by the Industrial Modernization Center (IMC) and the United Nations Development Program (UNDP), according to the Trade Ministry statement.

Mohammed Bayoumi, Director of Energy and Environment Programs at UNDP said, “The Egypt-PV Solar System is part of the ongoing cooperation between UNDP and the Egyptian government aimed at achieving Egypt’s goals in the field of new and renewable energy within Egypt’s sustainable development strategy 2030.”

Speaking at an event, Ahmed Taha, IMC executive director said, “The new project is being executed by the IMC in light of the challenges Egypt is facing in the energy sector.” Taha further said that the country has a plan to develop systems of solar power and renewable energy. The plan includes generating 20 percent of Egypt’s power from solar and renewable energy, and will be implemented until 2035.

IMC executive director stressed that the project targets the installation of the small photovoltaic cells, mainly the non-central generation plants, on the roofs of residential buildings, public institutions, small and medium factories and tourist organizations, in addition to establishing a center for technical support.

Mohamed Omran, the Electricity Ministry’s first undersecretary, on behalf of the electricity minister, said the government is working on the new and renewable energy strategy, through which the ministry targets to bring 42 percent of the total energy consumed by Egypt from new and renewable sources, especially solar and wind energy, by 2035. The Electrcity Ministry has signed a number of memoranda of understanding (MoUs) to execute 32 projects in this respect, Omran added.

Chairman of the New and Renewable Energy Authority Mohamad al -khayat, Head of Egyptian Engineers Syndicate Tarek al-Nabarawi and other delegates from the ministries of Electricity, Housing, Investment, Tourism, Environment and Trade also took part in the conference.