Efforts & commitment of stakeholders made RE targets achievable: Piyush Goyal 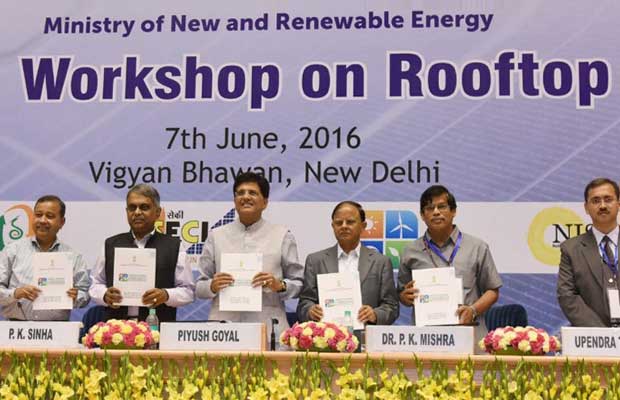 Speaking on the occasion, P.K. Sinha, Cabinet Secretary, said that the biggest challenge comes from within the sector. He stressed that we have to work out business model in consultation with the regulators which is beneficial for both Discoms and consumers. Sinha  added that although involving residential house tops for installing rooftop solar projects will not be that easy but will be worth the effort since it will provide volume to our initiative.

P.K. Mishra, Additional Principal Secretary to PM said that rooftop solar power is going to play an important role in our efforts towards renewable energy and sustainable energy initiatives.