Energy Efficiency Services Limited, (EESL), a joint venture under the Ministry of Power, Government of India, with support from Global Environment Facility (GEF) and UN Environment Programme (UNEP) launched a market assessment study for Super- Efficient ACs. A report on District Cooling Potential in India was also launched in collaboration with UNEP, GEF, District Energy in Cities initiatives, EMPOWER Energy Solutions and Copenhagen Centre on Energy Efficiency with PwC as a knowledge partner. Both the studies explore the adoption of efficient and climate-friendly technologies for the urban cooling and Room Air-Conditioning (RAC) sector which can potentially reduce the energy requirements and environmental impacts associated with their use. These studies are an attempt to augment the objective of India Cooling Action Plan (ICAP). 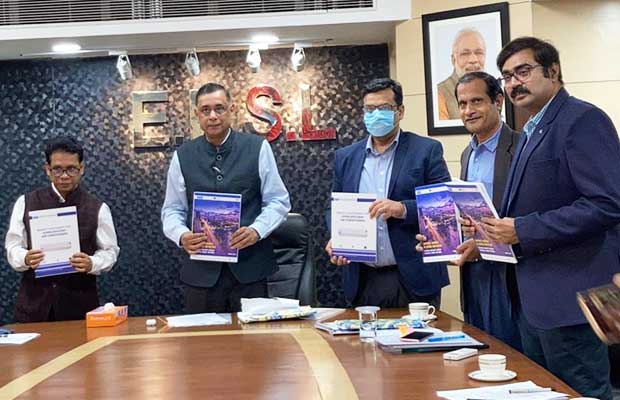 India is the second fastest growing economy in the world. Increasing income levels, urbanization and rising temperatures have led to a growth in demand for room air conditioners (RACs). The market assessment study for Super- Efficient ACs provides a comprehensive overview of trends in Indian and global RAC market and analyses RAC component pricing, financing mechanisms, business models and go to market strategies to scale up the deployment of Super-Efficient Air Conditioner (SEAC) program in India.

The national cooling demand for space cooling in new commercial buildings or similar, lies in the range of 110 million TR by year 2037-38. The district cooling study estimates that by 2038 approximately 51 million tons of refrigeration (TR) of the national space cooling demand could theoretically connect to district cooling systems. If this level of demand were served by district cooling, it would reduce the need for up to 22GW of power capacity and reduce 27 million ton of CO2 emissions annually. However, very strong policies and regulatory mechanisms would be required to trigger such market development and the study projects a more realistic scenario that 13 million TR is established by 2038 albeit still with significant policy support.

Ms. Geeta Menon, Joint Secretary, Ministry of Environment, Forests & Climate Change, Government of India, said, “As one of the first nations to release a cooling action plan, India has been early to acknowledge the role of cross-sectoral policies and technologies to address rising need for cooling. The cooling demand of citizens and institutions alike must be considered, in depth, to identify solutions that not only ensure low-emission, low-carbon solutions, but also enable cooling access for all.”

With the country’s growth, the demand for cooling has also rapidly increased. The ‘National District Cooling potential study for India’ undertakes a detailed exercise of estimating India’s future space cooling demand and how much of that space cooling demand can be tapped by district cooling systems in India’s largest cities. The report also indicates District Cooling System (DCS) as a proven technological solution, which has already been working in different cities worldwide. DCS contributes as a driver of urban sustainability, particularly when considered during the urban planning stage, and enables to integration of local, renewable and waste energy sources. A steering committee for development of DCS in India have also been constituted by the Bureau of Energy Efficiency (BEE) and Ministry of Environment, Forest and Climate Change (MoEFCC) to which, EESL has been appointed as the convener.

Mr. Abhay Bakre, Director General, Bureau of Energy Efficiency (BEE), said, “As a globally benchmarked cooling solution that has been proven in cities across the world, District Cooling can enable efficient and affordable access to cooling for India’s citizens. While our Star Labeling Programme has created demand for efficient cooling solutions, the government’s ‘District Cooling Action in India’ can play a vital role in delivering cooling at a suitable scale to the underserved across India’s largest cities.”

India currently has single ownership central cooling and ventilation plants; wherein completely private business models have been adopted. Given the current situation, hybrid ownership, which has the option of transferring the risk away from a single party, has the potential in addressing the technical, financial and capacity related barriers associated with DCS implementation and can deliver better risk sharing between private and public sector. Hybrid business models with an emphasis on PPPs and joint ventures should be prioritised and tested in the Indian context and could benefit from special power and water tariffs, financing options for district cooling service companies and should have involvement of expert contracting firms for various types of contracts and structuring.

Mr. Saurabh Kumar, Executive Vice Chairperson (EVC), EESL Group, said, “When effectively unlocked, India’s immense latent demand for sustainable cooling solutions can trigger a virtuous cycle. With the rising scale of India’s demand for cooling, bringing down cooling-related emissions can greatly reduce its climatic impact, and contribute to reducing global warming, just one of the many significant co-benefits that can be realised.”

Speaking at the event, Mr Rajat Sud, Managing Director, EESL said “”Cooling represents for EESL the largest potential in energy efficiency savings, and these two studies are seminal in establishing policies, programmes & business model which can take this forward. In the RAC space, we have firmly established the Super Efficient AC which has 20% higher efficiency than 5 star rated AC. It is opportune that the study is being launched while we enrol private sales agents for promoting sales of these ACs at the same price as 5 star ACs.”

The situation demands for an integrated policy framework for promoting district cooling and strong government engagement. It is important to consider special power tariffs to promote thermal storage, DCS expansion and residential connection. Establishment and standardization of project development process, business models and contracting can be taken into consideration.