EESL and MSEDCL have commissioned an 8 MW solar-agro project at Devdaithan. The work on the project was completed in six months. 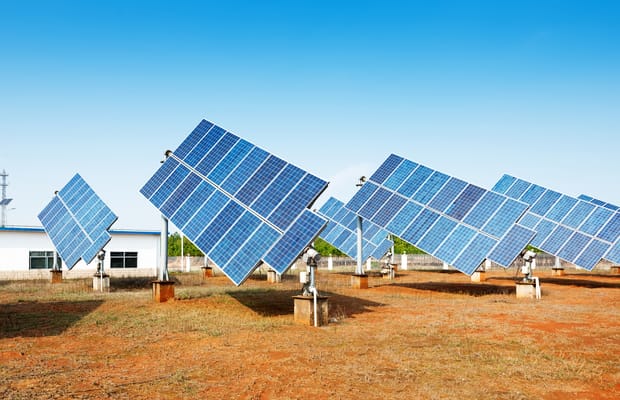 The project is part of EESL’s commitment to the state under the Mukhya Mantri Saur Krishi Vahini Yojana, wherein it will supply the state Discom with 679 MW of solar power. As a part of the initiative, the Discoms’ agri-feeders are being transformed into solar agri-feeders.

EESL has already installed two solar projects in Ahmednagar district, including a 507 KW project in Ashwi and 858 KW project in Koplewadi. Under these projects, EESL has transformed feeders supplying electricity for agri-purposes into solar feeders, which are helping 3000 agricultural consumers. The initiative has also reduced 11500 tons in CO2 emissions, which will result into Rs 2.2 crore in savings to Discom per year. EESL has invested Rs 33.7 crore in this project.

Saurabh Kumar, EVC, EESL said “we consider it as an honour to support the clean energy aspirations of MSEDCL, India’s largest distribution utility. The speed and scale of our solar energy installations in Maharashtra are setting a powerful benchmark for partnerships with other Discoms across the country.”

EESL has completed its survey of all projected sub-stations and construction of such solar plants is already underway at most sites. 107 MW of installed generation capacity is already in place, from 108 decentralized solar plants.

As a part of an MoU with MSEDCL, EESL installs, finances, operates and maintains decentralized power plants (0.5 MW- 10 MW) in the open spaces around MSEDCL sub-stations. MSEDCL provides rented space, distributes of power generated, and undertakes metering, among other key services.

Aseemkumar Gupta, Chairman and Managing Director, MSEDCL, said, “the initiative has the potential of providing a high-quality energy source to the agricultural sector and will be beneficial to millions of farmers across Maharashtra. It will also greatly benefit the state’s distribution companies. MSEDCL is exploring Ag feeder solarisation on mass basis, for which the land acquisition process on lease basis from government and private parties is underway, so as to provide day time power supply to the Ag consumers.

“Private parties can offer their land located within 5 kms periphery of the nearby substation to MSEDCL under this project on lease basis. By supporting the implementation of the Mukhya Mantri Saur Krishi Vahini Yojana throughout the state, we will enable the state to produce 1.4 crore units of low-carbon electricity, while reducing CO2 emissions by 9.73 lakh ton.”