This ambitious alliance follows EDPR and ENGIE’s successful six-year cooperation as consortium partners in the Dieppe Le Tréport and Yeu Noirmoutier fixed offshore wind projects in France and Moray East and Moray West in the UK. 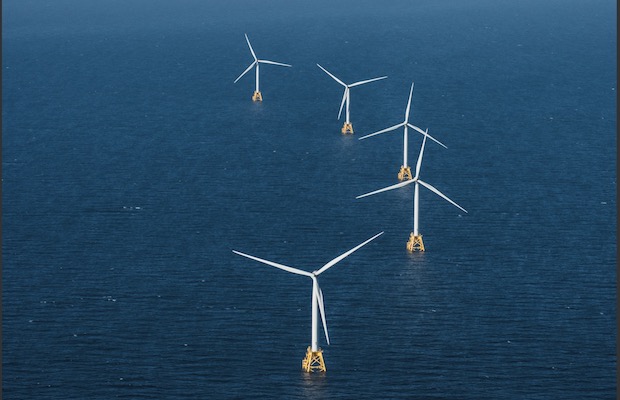 French Power utility, Engie and Portugal’s largest electricity operator EDP have announced the signing of a strategic Memorandum of Understanding (MoU), to create a co-controlled 50/50 joint-venture (JV) in fixed and floating offshore wind.

The new entity will be the exclusive vehicle of investment of EDP, through its subsidiary EDP Renewables (EDPR), and ENGIE for offshore wind opportunities worldwide and will become a global top-5 player in the field, bringing together the industrial expertise and development capacity of both the companies.

Isabelle Kocher, Engie CEO, said, “We are delighted to announce this strategic alliance in offshore wind with EDP that we have been partnering with since 2013. The offshore wind sector is set to grow very significantly by 2030. The creation of this JV will enable us to seize market opportunities while increasing our competitiveness on one of our key growth drivers, renewables. This agreement is also fully aligned with Engie’s zero-carbon transition strategy.”

Under the terms of the MoU, the companies will combine their offshore wind assets and project pipeline in the newly-created JV, starting with a total of 1.5 GW under construction and 4.0 GW under development, with the target of reaching 5 to 7 GW of projects in operation or construction and 5 to 10 GW3 under advanced development by 2025.

Offshore wind energy is becoming an essential part of the global energy transition, leading to the market’s rapid growth and increased competitiveness. The companies believe that creating an entity with greater scale and a fully dedicated team, with global business development reach and strong power purchase agreement origination capabilities, will allow them to grow their asset base more rapidly and to operate more efficiently assuring a stable partnership.

António Mexia, EDP CEO said, “This agreement for wind offshore represents an important step in EDP’s renewables strategy. We are fully committed with the energy transition and a more sustainable future, as per the ambitious goals communicated in our strategic update. We are confident that this partnership will reinforce our distinctive position in renewables allowing us to accelerate our path in offshore wind, one of the key growth markets in the next decade.”

The JV will primarily target markets in Europe, the United States and selected geographies in Asia, where most of the growth is expected to come from. The JV’s ambition is to be self-financed and the projects that will be developed will respect the investment criteria of both companies.

The execution of the project is subject to the respective social, corporate, legal, regulatory and contractual approval processes. The Group’s’ aim for the JV is to be operational by the end of 2019.