EDF to Establish Centre of Excellence in India for Jaitapur Project

EDF has signed an MOU with I2EN & VJTI to conduct a pre-feasibility study for the establishment of a Centre of Excellence in India for the Jaitapur Project. 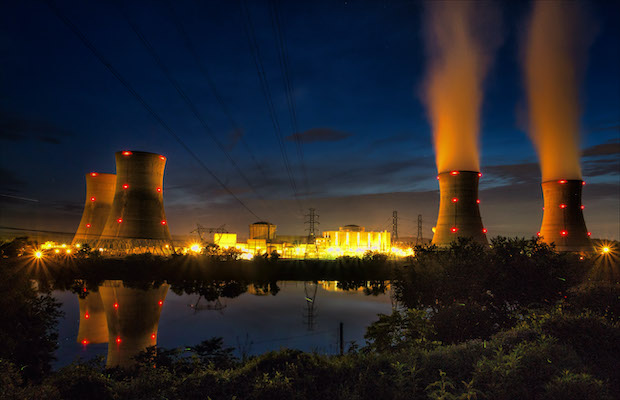 As EDF is engaged in intense discussions with the Nuclear Power Corporation of India (NPCIL) for the development and construction of the biggest nuclear plant in the world, with six EPR units totaling close to 10,000 MWe at the Jaitapur site, Maharashtra, India, EDF is committed to developing a large pool of diversified skills in India to support the successful implementation of the Project and the Skill India initiative with locally trained resources. In line with which its has signed a Memorandum of Understanding (MOU) with the International Institute of Nuclear Energy (I2EN) in France and Veermata Jijabai Technological Institute (VJTI) in Maharashtra to conduct a pre-feasibility study for the establishment of a Centre of Excellence in the State of Maharashtra, India.

Through this initiative, the three partners intend to contribute to consolidating the Indo-French bilateral cooperation in the field of civil nuclear at the institutional, industrial and academia level, enhancing best industrial practices, highest standards in safety and advanced training approaches.

The Centre of Excellence will target the development of all the skills necessary for the implementation of the Jaitapur Project at the stages of design, procurement, construction, commissioning and operational activities. Academic and industrial stakeholders will be involved to ensure that the specialised courses and modules delivered to the students, within and beyond the standard curriculum, answer the specific requirements and practical needs of the Project. Inviting and involving the most knowledgeable academics, scientists and industrial experts, the Centre of Excellence will train engineers and technicians from Indian companies and suppliers which will be participating in the development of this EPR project in India.

Vakis Ramany, EDF Group Senior Vice President in charge of New Nuclear Development said “EDF is strongly committed to accompanying the Skills India national program: investment in Human Capacity Building and skills development is at the forefront of our actions to support the Jaitapur six-EPR Project and more widely the Indian nuclear industry. We are very proud to partner with two major institutes such as VJTI and I2EN, and to contribute to strengthening further the long-standing Indo-French relationship in the fields of engineering and academia. We are convinced that this Centre of Excellence will foster the growth and consolidation of the specific set of skills needed for the EPR technology development in India while contributing to the employability of Indian technicians and engineers in the near future.”

EDF stated that the Jaitapur Project is a strategic project for the Indo-French partnership that will be contributing to the creation of high-skilled jobs in India with roughly 25,000 direct employment opportunities during the construction phase of 2 EPR units. Able to generate up to 75 TWh of carbon free electricity per year by 2035, the Project will power an equivalent of 70 million households, avoiding the emission of 80 million tons of CO2 per year.