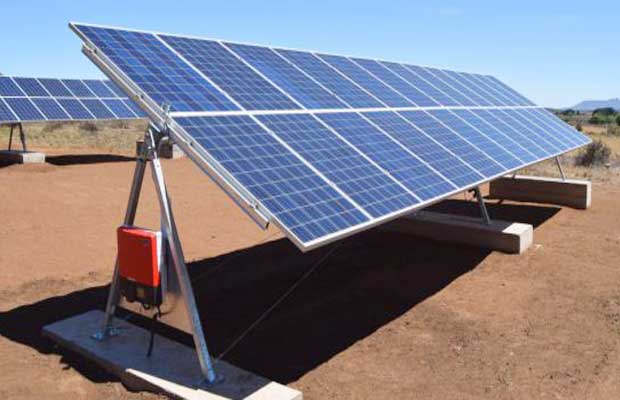 Array Technologies, market leaders in single-axis solar tracking, and EDF Renewables North America, one of the largest renewable energy developers in North America, have announced a new partnership between the two companies. The agreement provides EDF Renewables with nearly two gigawatts (GW) of reliable single-axis solar tracking equipment supplied by Array Technologies to deploy on projects they will build, own, and operate over the coming years.

Array’s market-leading technology was selected for these projects because of its flexibility and adaptability to fit projects that are yet to be fully specified that EDF Renewables has in their development pipeline.

”The partnership between Array Technologies and EDF Renewables is a testament to the strength and success of a mature and thriving solar market,” said Jeff Krantz, chief commercial officer at Array Technologies. “This deal represents a significant milestone for our company’s continued robust growth, and the success of the innovative solutions Array continues to produce.”

The majority of utility-scale solar projects utilise single-axis solar trackers. In regions with high solar irradiance, trackers can produce a 20 to 30 percent increase in energy output over fixed-tilt systems.

‘The continued adoption of Array Technologies’ DuraTrack HZ v3 solar trackers comes down to economics and reliability over the lifetime of the solar asset,” the joint statement stated.

Recently, GameChange Solar has announced that it has received orders for more than 200 MW of Genius Tracker systems in South America.

According to research published by IHS Markit, global shipments of single-axis solar trackers increased by over 40 percent in 2018 and surpassed 20 GW globally for the first time. This is compared to only 4 GW of global installations in 2013, of which 11 percent were tracker deployments in that year (with fixed-tilt installations accounting for the remaining 89 percent).