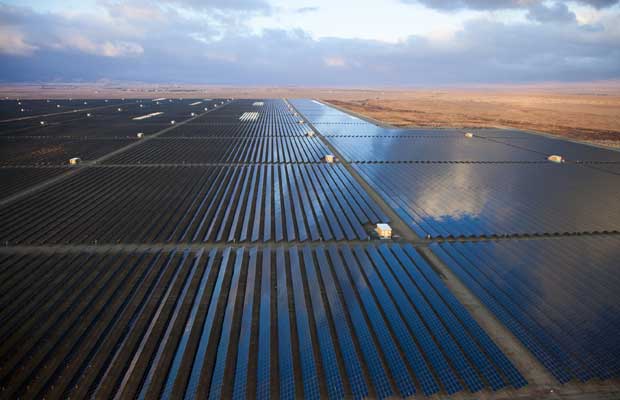 EDF EN Canada a subsidiary of EDF Energies Nouvelles Group, announced the approval by the Alberta Utilities Commission (AUC) to construct and operate the Vulcan Solar Hybrid Energy Centre (Vulcan Solar Project). The proposed 77.5 megawatt (MWAC) solar photovoltaic (PV) facility is located in Vulcan County near the Village of Carmangay. Approval is granted subject to provisions by the Hydro and Electric Energy Act and the Alberta Utilities Commission Act.

The Vulcan Solar Project represents the largest development of a utility-scale solar project in Alberta and Western Canada. Once operational Vulcan Solar’s 300,000 ground-mounted solar PV panels will offset over 85,000 metric tonnes of CO2 emissions annually. The power will be sold into the Alberta Power Pool, energizing more than 12,000 homes and businesses across Alberta, while employing more than 270 workers during the peak of construction. Vulcan Solar can be ready for construction in Spring 2017.

“The Alberta government has created a positive investment climate for new renewables and Vulcan Solar solidifies our commitment to investing in Alberta by working collaboratively with the communities where we do business,” said EDF EN Canada Vice President of Development, Cory Basil. “We look forward to constructing Vulcan Solar as soon as possible and believe it will deliver Albertans clean, renewable, low-cost energy for many years to come.”

Vulcan Solar is located within the footprint of the Blackspring Ridge Wind Project, a 300MW facility, and will be the first utility scale ‘Hybrid Renewable Energy Project’ in Canada and one of the largest hybrid facilities in North America.

Developing and constructing renewable energy projects since 2008, EDF EN Canada Inc. now has 1.6 GW of solar and wind projects in operation or in construction across Canada.