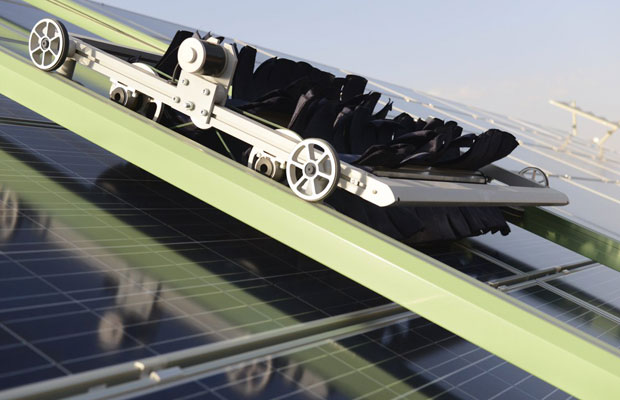 Deployment of E4 robots in the jointly-owned EDF RE and Arava Power facility reinforces the company’s leadership position in the region, and joins a growing list of successful Ecoppia deployments worldwide.

Ecoppia has announced the full deployment of its E4 robotic solution in the Ketura Solar Park, on the border between Israel and Jordan. The deployment in the jointly-owned EDF RE and Arava Power facility reinforces the company’s leadership position in the region, and joins a growing list of successful Ecoppia deployments worldwide.

Accumulation of dirt and dust on photovoltaic solar panel surfaces is one of the greatest impediments to solar energy production. Located in the hot southern stretch the Arava desert, between the Gulf of Aqaba and the southern tip of the Dead Sea, Ketura Solar is close to dust-intensive agricultural sites, suffers from frequent sandstorms, and enjoys virtually no rain. Traditional labor-intensive, water-based cleaning solutions are neither cost-effective nor timely, since immediate recovery from sandstorms is mission-critical to maintain the facility’s LCOE. Ecoppia is the only solution which is capable to restore an entire site to peak energy production in just hours – without water or external electricity consumption said the company in a statement.

“We’re pleased to bring the experience gained over four years of cleaning in multiple sites in the Middle East to this important facility in the region,” said Eran Meller, CEO of Ecoppia. He added “Cleaning 80 million solar panels in the harshest desert conditions globally, we expect to continue to play a leading role in this growing market.”