EBRD is supporting the wind farm at Kitka in the east of Kosovo with an €18 million loan. 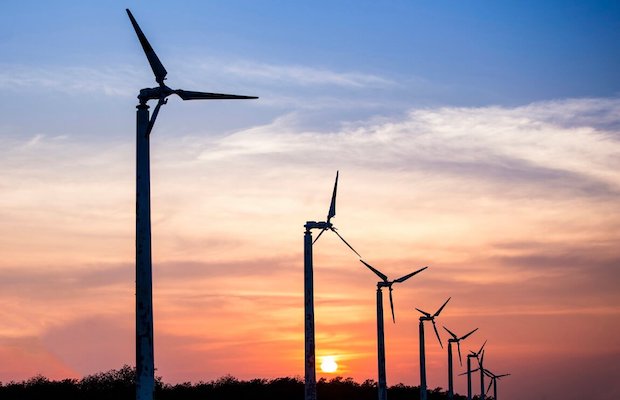 Kosovo, which relies for its energy on coal, will benefit from a cleaner, more reliable energy from the first large-scale wind farm in the country. The European Bank for Reconstruction and Development (EBRD) is supporting the wind farm at Kitka in the east of Kosovo with an €18 million loan.

The investment represents a milestone towards decarbonisation in a country where lack of reliable access to electricity remains one of the biggest barriers to development. More renewable energy will help address both the challenge of power cuts and pollution caused by the lignite coal powering Kosovo’s two main electricity plants.

The EBRD financing follows a successful policy engagement with the authorities in Kosovo to refine the renewable off-take framework. These reforms were critical to unlocking financing for renewable projects and are expected to attract significant investor interest to Kosovo.

The project at Kitka has already begun operations, having been developed by the Turkish energy group Guris. It will raise annual national electricity generation by more than 1.4 percent and reduce emissions by 81,000 tons of CO2 a year.

Technical cooperation support for the investment project has been provided by the EU under its Regional Energy Efficiency Programme for the Western Balkans, supporting the technical due diligence.

Kosovo‘s current Energy Strategy sets an ambitious target of introducing about 400 MW of renewable projects by 2026. Renewable energy capacity before Kitka was around 70 MW, almost exclusively from small hydropower plants.

In May, we reported that in a new boost to Turkey’s renewable energy sector, EBRD is investing US$ 100 million in a stake of Ictas Surdurulebilir Enerji Yatirimlari (Ictas Energy), the renewable arm of Turkey’s IC Energy Holding.

The firm owns a portfolio of ten hydropower plants with a total capacity of 400 MW. With EBRD funds, it plans to invest in wind farms and solar projects with a combined capacity of up to 250MW. The EBRD investment will also partly finance the recent privatisation of Kadincik hydropower plants, in Mersin, in the south of Turkey, in a move to help increase the participation of private suppliers in power generation.