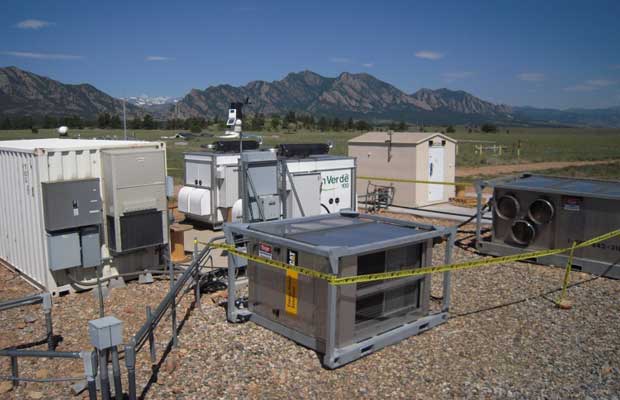 Schneider Electric has completed the microgrid on the campus of its North American headquarters in Andover along with Duke Energy Renewables and REC Solar.

Duke Energy Renewables has announced its first microgrid project is now operating on the Schneider Electric Boston One Campus.

Schneider Electric built the microgrid on the campus of its North American headquarters in Andover, Mass. REC Solar, a national provider of commercial solar and energy solutions built and will operate the solar array.

Duke Energy Renewables, which owns a majority interest in REC Solar, owns the microgrid system and solar array and is selling the power to Schneider Electric through a long-term power purchase agreement.

“The integration of an advanced microgrid at the Schneider Electric campus reduces its energy costs, incorporates more sustainable energy and delivers demand-side efficiency, while also offering resiliency to the facility in the event of a loss of power from the grid,” said Chris Fallon, vice president of Duke Energy Renewables and Commercial Portfolio. “Additionally, in partnership with Schneider, we can research and develop new microgrid technologies, solutions and applications in a real-world environment.”

The microgrid is expected to generate more than 520,000 kilowatt-hours (kWh) of electricity per year. It includes a 354-kilowatt (AC) solar array with 1,379 solar modules that power the system. The microgrid also incorporates a natural gas generator as an anchor resource, allowing the solar panels to operate during grid outages to maintain critical operations.

In addition to the Boston One site, Duke Energy Renewables, Schneider Electric and REC Solar have a second microgrid project underway for the Montgomery County, Maryland, Public Safety Headquarters and Correctional Facility.

Duke Energy Renewables will own the two Montgomery County microgrids, which will consist of a 2-megawatt (AC) solar project and two combined heat and power (CHP) units. The CHP systems will save energy by using waste heat from on-site power generation to heat and cool the buildings.

REC Solar will build and operate the solar facility, and Schneider Electric will design and implement the microgrid project, which is expected to become fully operational in 2018.

“It’s more important than ever to meet customers’ evolving needs through solutions that are creative, affordable and dependable,” said Rob Caldwell, president, Duke Energy Renewables and Distributed Energy Technology. “With more than 100 years of utility experience and an established renewables business, we bring the expertise in generating cleaner energy that will serve to increase the security and sustainability for these county facilities.”

“Island mode” capabilities of the microgrids will allow continued operation of Montgomery County’s critical facilities for extended periods during power outages. The Montgomery County microgrids will produce approximately 3.3 million kilowatt-hours of solar energy and 7.4 million kilowatt-hours of CHP each year. Combined, the on-site power generation at these two facilities is anticipated to reduce greenhouse gas emissions by 3,629 metric tons per year.