In partnership with the Kerala State Electricity Board, district panchayat to setup solar power units in Government Schools.

The district panchayat is planning to set up solar power units in 25 selected government high schools. In partnership with the Kerala State Electricity Board (KSEB), the 2.50-crore project aims to encourage attempts of domestic power generation. 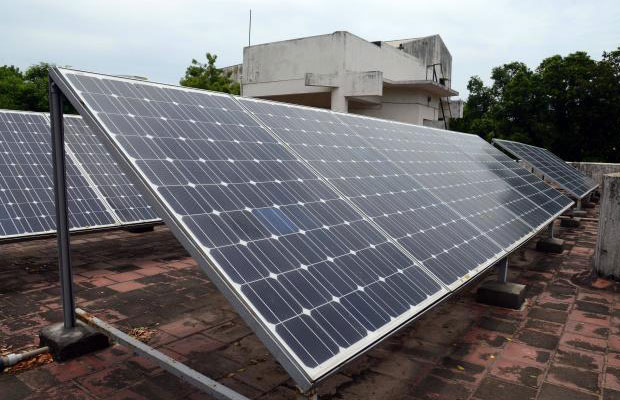 The project is also expected to supply the excess power generated for the KSEB grid.

The schools are likely to be allowed to carry out further extension of the solar panels and explore the possibility of supplying more power to the KSEB grid for profit. On completion of the trial run, the project will be considered for further extension to other government schools.

A panel installation agreement will be signed to entrust the maintenance of the facility for at least 10 years with the empanelled agency.

District Panchayat President Babu Parassery said that it is for the first time the KSEB is teaming up with a district panchayat to implement solar power generation programme in schools.

“We have 48 schools under the control of the panchayat, and the project will be implemented in all these institutions after the trial run,” he adds.

Moreover, the civic body is coming up with the special project for schools after noticing the huge sum invested every year on payment of power bills. Official records show that a government school pays approximately Rs.80000 every year to the KSEB for power consumption.

To finalize the project implementation and signing of the formal agreement, the district panchayat authorities will hold further discussions with the KSEB in Kozhikode on Tuesday.

The possibility of introducing similar solar power sourcing projects in the district panchayat’s farms and other offices too will be discussed at the meeting.