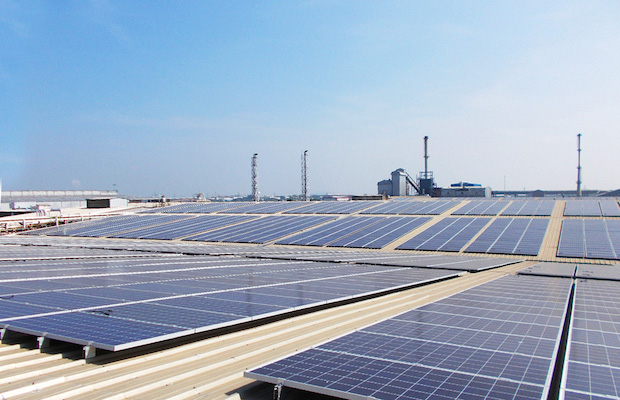 APEPDCL had filled a petition with the Andhra Pradesh Electricity Regulatory Commission (APERC) seeking approval for the implementation of a discom driven solar rooftop program devised under the technical assistance titled ‘Power Sector Reform Program’ supported by UK’s Department for International Development (DFID). In its petition, APEPDCL had proposed two models for the implementation of the program.

Model 1: Customer-owned solar rooftop program with net-metering. The equated monthly instalment (EMI) will be partly shared by the DISCOM on a net present value (NPV) neutral basis. This model is for Domestic Category B consumers with monthly consumption between 140 to 200 units. Rooftop solar PV systems will be of capacity 1 kW to 1.5 kW.

Model 2: Grid-connected rooftop solar PV program on developer mode under gross metering. Under this model, a developer will be selected through competitive bidding for the supply of power to APEPDCL for 25 years. The developer will utilise the rooftop spaces of willing consumers.

After examining the suggestions made by the stakeholders and the replies by DISCOM, the APERC noted that the program is only a pilot project and the first of its kind in the country to encourage solar rooftop installations by domestic consumers.

“The targeted consumers are low income subsidised consumers whose consumption is in between 100 to 200 units of electricity per month. In Page 19 of 20 general, such consumers cannot afford the required investment for solar rooftop installations though having sufficient rooftop space. Financial institutions also may not come forward to provide loans to such section of consumers. Hence, the initiative taken by the licensee to provide helping hand to such consumers by playing facilitator role needs to be encouraged as the programme is stated to benefit both consumers and the DISCOM,” the commission issued in its order.