If the sub-standard modules go beyond a certain tolerance limit, developers will be blacklisted. 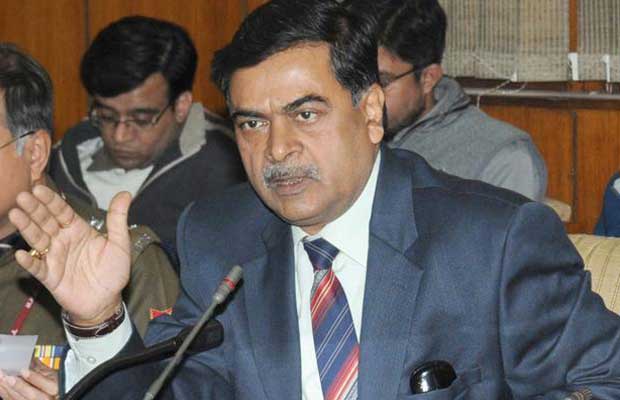 Raj Kumar Singh, Minister for Power and New and Renewable energy has said that the developers using sub-standard solar equipment beyond a certain tolerance limit will be blacklisted.

In an interview with a newspaper, Singh who has also served as home secretary spoke at length about the allegations of sub-standard solar equipment being used by the developers. “This is very important. We will have to find a solution. One thing is what gets commissioned is tested. The other thing that we can do is whatever has been commissioned gets checked at random. I will get it examined. I will get the quality of the panels and modules put up by developers examined at random. And wherever substandard modules etc. have been used, the developers will have to replace them and at the same time the developers will be issued a showcase notice to explain why they shouldn’t be blacklisted. If the sub-standard modules go beyond a certain tolerance limit, they will be blacklisted,” said Singh.

A Member of Parliament from Arrah in Bihar, and a 1975 batch Bihar cadre Indian Administrative Service officer, Singh said that the government is planning to provide subsidies to kick-start manufacturing of domestic solar equipment, and making domestic manufacturing mandatory to be eligible to bid for solar tenders. “There are three strands to the manufacturing policy. The first one is that we plan to give capital subsidy of up to 30%. Now, this is something which has to go to the cabinet. It’s like MSIPS (Modified Special Incentive Package Scheme) but for renewables. The second is that we are going to bid out 20 gigawatts (GW) for which the expressions of interest will come out in the next couple of days. And only those people can participate in the bid who undertake to set up manufacturing capability from polysilicon onwards.”

While explaining about the manufacturing policy, Singh further said, “one will need to set up a manufacturing unit of a particular size, right from the ingot stage to the module stage and only then they will be able to participate in that bid. And the third is that we have huge dams and reservoirs with huge surface area.”

The MNRE Minister said the government is planning again bid out those, where one can set up floating solar projects of 10-15GW, “so that you don’t have to acquire the land. Again, only those companies that will set up manufacturing facilities can participate. The advantage with that is, since those projects will be at the dam site, power evacuation will not be a problem.” He also said that government will provide them facility for banking. “With the dam being there, the balancing facility from hydropower will be there. So, they will get plentiful cheap power, which is the major requirement for solar equipment manufacturing,” Singh added.