Sunsure Energy was founded by a group of close knit IIT-Delhi alumni and has seen a phenomenal growth in India’s thriving Solar Power sector. 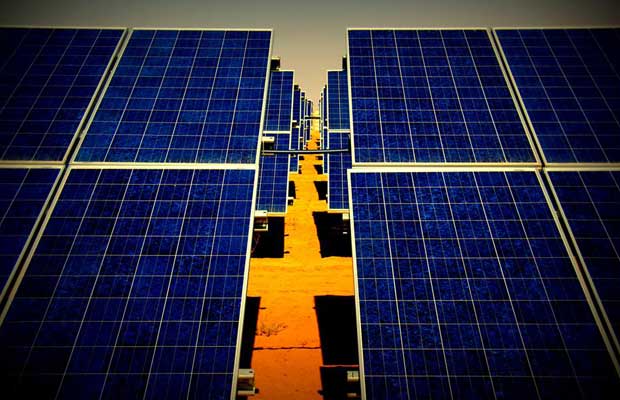 A Delhi-based turnkey solar project company, Sunsure Energy Pvt. Ltd. is all set to close an action packed year at an all-time high revenue of INR 200 crore. from its Solar EPC business. This is a 10x leap in revenues from FY 17 for the company which started its operations in late 2014. The company was founded by a group of close knit IIT-Delhi alumni and has seen a phenomenal growth in India’s thriving Solar Power sector.

Shashank Sharma, Founder and CEO of Sunsure Energy said, “Sunsure’s revenue growth is attributed to two factors. First, our obsessive focus on delivering high quality solar engineering services while we continuously push the limits on the scale at which we operate and the technology we use – in both private and government sectors. Second, our industrial customers as well as top developers have chosen us repeatedly as they expand their Solar portfolio in the highly competitive Indian market.”

In the present fiscal, Sunsure has reached 5 new states – Maharashtra, Rajasthan, Karnataka, Gujarat and Kerala. Karnataka opened up with two projects – 4.5 MW as an independent power producer for BESCOM and 15 MW as turnkey EPC. This was followed by a rooftop solar plant for Strides Shasun Ltd. – one of the largest pharmaceuticals manufacturers in the World. In Rajasthan, Sunsure has secured contracts from some of the biggest industrial houses in the state – Hindware (600 kWp) and Dholpur Fresh (200 kWp). Sunsure won the tender to set up a 135 kWp Solar-plus-Storage rooftop plant at the distinguished Barefoot College in Rajasthan, a first of this size in Rajasthan.

A 400 kWp rooftop plant in Dahej for Merino Industries Ltd. marked Sunsure’s entry to Gujarat. Sunsure also won a public tender to secure 300 kWp at the prestigious Cochin Shipyard and this was followed by two consecutive tender wins for 200 kWp and 450 kWp at the all-important Mazagaon Dock in Mumbai. Sunsure also opened up branch offices in Bangalore and Mumbai to cater to rising demands in South and Western India.

A large chunk of the growth comes from existing strongholds – Haryana, New Delhi and Uttar Pradesh. Sunsure is setting up a first of its kind 5.5 MWp Captive Open Access Solar Power Plant with Single-axis Trackers in Haryana for Merino Panel Products Ltd.

A 1 MW rooftop plant at ICAR – Indian Agricultural Research Institute on Pusa Road in New Delhi is also being set up in New Delhi. The NK MINDA Group – one of the largest and most diversified manufacturers of automobile components in India – awarded Sunsure with a contract of 1000 kWp+ to set up rooftop solar over 10 factories all over India. Most recently, Sunsure has been contracted by one of Coca Cola’s largest Indian bottlers to set up a 1000 kWp rooftop solar plant in their facility in Haryana.