Darwin International Airport has completed first phase of 5.5MW solar farm, switching on 4MW installation that will ultimately supply 25 percent of airport’s power needs. It is believed to be the world’s largest airport solar system.

The Darwin Airport solar plant array, which is a $13 million project, will be adding another 1.5MW in phase two. It is said to be the largest ‘behind the meter’ PV system designed and built for a single building or facility in Australia. 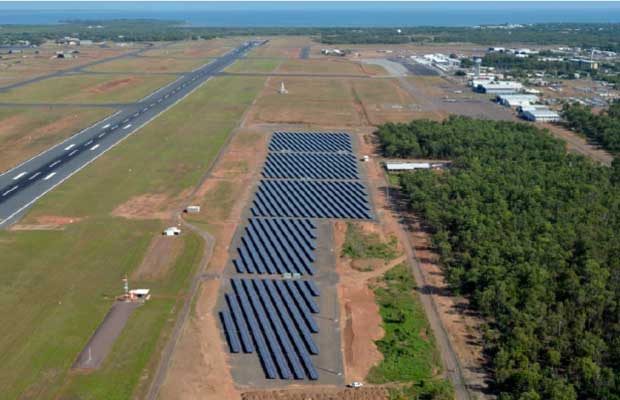 The Darwin Airport project is notable for being financed entirely by private sector investment, making it one of the largest private sector-funded solar PV installations in Australia.

Darwin International Airport’s 1.5MW Stage 2 is expected to be completed by the end of 2016.