Dalmia Cement, Swiss Re and Helvetia Pledge to ‘Use Better Energy Better’ 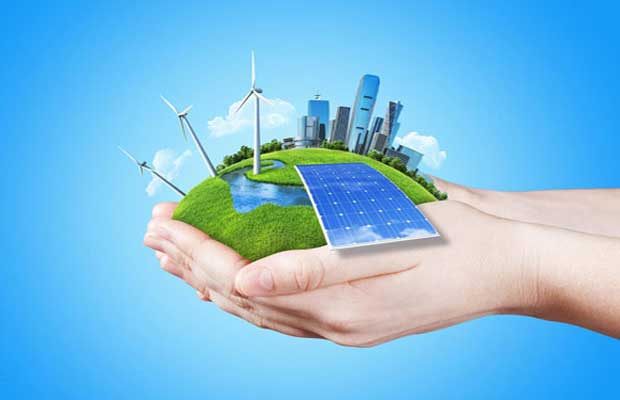 India’s Dalmia Cement, one of the world’s greenest cement company, and Swiss insurer Helvetia, have committed to 100% renewable electricity through RE100; a global, collaborative initiative of influential businesses working to massively increase demand for and delivery of renewable energy. RE100 is led by The Climate Group in partnership with CDP.

The news comes on Energy Day at COP22 in Marrakech, where world governments and non-state actors are gathered to increase ambition and action on climate change. It is a week to the day that the landmark Paris Agreement entered into force, and more businesses than ever before are committing to bold actions, to help ensure that global warming stays well below two degrees.

Insurance company Swiss Re has committed to doubling its energy productivity through EP100, a global effort by The Climate Group, in partnership with the Global Alliance for Energy Productivity, to help companies maximize the economic benefits of every unit of energy they consume.

The two initiatives are designed to provide the least-cost decarbonization pathway for business. Dalmia Cement and Swiss Re are the first companies to sign up to both – Dalmia Cement joined EP100 at Climate Week NYC in September, while Swiss Re was a founding partner of RE100 in 2014.

The new and bold energy commitments for the global operation of the companies will help to cut costs, lower emissions, and drive zero-emissions economies.

Mahendra Singhi, Group CEO and Whole Time Director at Dalmia Cement (Bharat) Limited, said, “Being one of the greenest cement companies in the world, we are committed to decarbonizing our operations in a way that makes business sense. Our presence as the first cement company in RE100 and EP100 illustrates our commitment on this issue. We are scaling up our ambition to double our energy productivity and make a long term transition to 100% renewable power, achieving a fourfold increase in the percentage of renewable energy in our electricity consumption by 2030.”

“Improving energy productivity is key in our company’s efforts to achieve greenhouse gas neutrality. We have joined EP100 to demonstrate that a strong commitment to a sustainable energy future is good for business.” Vincent Eckert, Head of Internal Environmental Management, Swiss Re.

The newcomers were welcomed by Damian Ryan, Acting CEO of The Climate Group: “Right now, we’re seeing greater corporate action on climate than ever before, thanks to the leadership of the world’s most influential companies. No matter the sector or where your operations lie, if you’re a major company that understands the importance of renewable power and energy productivity, it makes sense to join RE100 and EP100. ‘Using better energy better’ brings cost savings, lowers emissions, and enhances corporate reputations.”

The new members of RE100 and EP100 were announced at Energy Day by EP100 Advisory Board member Rachel Kyte, Special Representative of the UN Secretary-General and CEO of SEforALL.