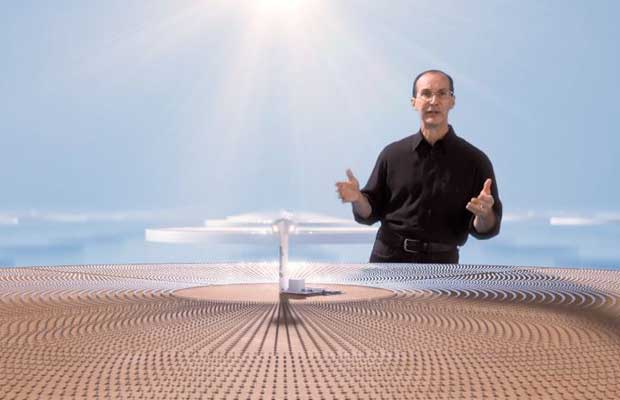 In a late announcement yesterday, Athena Technology Acquisition Corp. said it is combining with Heliogen Inc., a provider of AI-enabled concentrated solar power. The move that will take Heliogen public, while providing the special purpose acquisition firm (Athena) a purpose finally. Following the business combination, Athena will be renamed Heliogen Inc. and remain listed on the New York Stock Exchange under the new ticker symbol HLGN. Athena’s senior leadership is an all woman team.

Heliogen’s modular, AI-enabled, concentrated solar power plants promise to revolutionize the energy market by tackling intermittency issues associated with renewable sources of power generation. The Company’s proprietary heliostat layout and control system facilitate concentration of the sun’s rays and has the ability to generate temperatures at the point of focus that can exceed 1,000 degrees centigrade. This heat can then be captured and converted for industrial use, power generation, or to produce green hydrogen fuel, with the goal of providing near-24 hour renewable energy . The funding will enable Heliogen to accelerate the commercialization of its AI-enabled, concentrated solar power modules with internationally recognized customers in the industrial, mining, and energy sectors.

Athena is led by Chairwoman Isabelle Freidheim and CEO Phyllis Newhouse with al  all-female team of managers, advisors and investors. While Heliogen’s leadership will remain intact immediately after closing, with Bill Gross continuing as chief executive of the combined company. Phyllis Newhouse is expected to join the board of directors of the combined company, which will include representation from both Heliogen and Athena. The Heliogen deal also makes Athena CEO Phyllis Newhouse possibly the first woman of color in the U.S. to take a company public through a SPAC.

The transaction is anticipated to generate proceeds of up to $415 million of cash, assuming no redemptions by Athena’s public stockholders. The proceeds are expected to be used to scale heliostat manufacturing, to support research and development efforts on next generation heliostat technology, to support global project development, and to fund the balance sheet.

The transaction is expected to occur in the fourth quarter of 2021.

Readers will recall that India’s own ReNew Power has also gone the SPAC route to access the pubic markets, by merging with RMG II, another SPAC like Athena.