Covid 19 Could Push Oil Consumption Back By a Decade

Global oil Consumption in 2020 could be pushed back to levels last seen a decade back. That would be unprecedented, with profound lessons for the future. 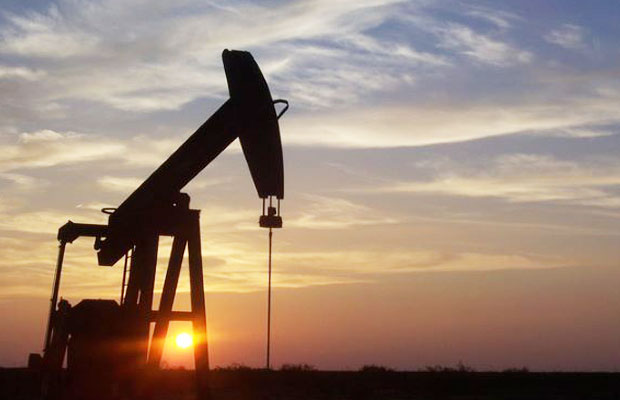 With the rest of the world entering the most intense phase of the Covid 19, or coronavirus epidemic impact, one thing is clear. Global oil consumption could be easily be pushed back to levels last seen a decade back, for the full year 2020.

As countries have responded to the growing spread of the virus with visa cancellations, travel bans, work-from-home, and increasingly strict quarantining measures for ever larger populations, the impact on oil consumption has mirrored these moves. 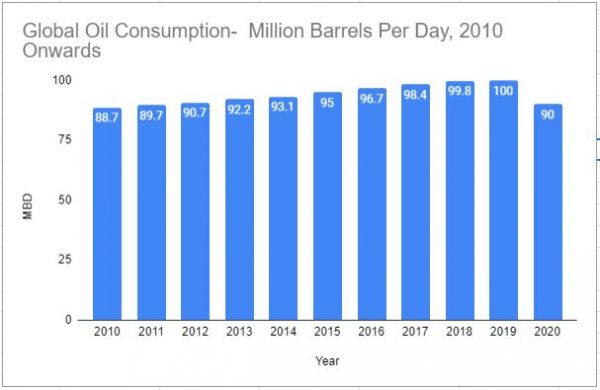 The 2009′ mini recession’ experience, when consumption slumped by just over a 1 million barrels a day has already been exceeded.

Oil prices are down over 50 percent, with an alleged ‘marketshare’ war between Saudi Arabia and Russia, two of the lowest cost producers worldwide. Both the countries have threatened to ramp up production at a time of excess supply and falling consumption, a surefire recipe for yet more price drops, with some global analysts even predicting prices last seen during the 20th century, in single digits.

The biggest oil traders in the world are predicting a demand contraction of between 4 million to 10 million barrels per day between now and April end. Those figures don’t look off the charts at all, when one considers the fresh rules that are being rolled out each day, ever closer to the draconian measures China took, which, at its peak, knocked off 3 million barrels per day in consumption. Considering even 50% of the Chinese level impact in the rest of global consumption, the world is looking at a demand contraction of over 10 million barrels per day by this Month end. With most restrictions in place till April 15 and beyond globally, it is safe to assume that no recovery would happen by then, only a slowing down of demand destruction.

The most ‘optimistic’ prediction, as one would expect is from the  the International Energy Agency (IEA), which said on March 9 that 2020 oil demand would contract by about 90,000 barrels a day for the year. That prediction is already looking laughably out of date, as demand losses by March 31 itself could add up to that number.

Importantly, in major growth markets like India, lower global prices are unlikely to stimulate demand, as governments have moved to appropriate the benefits with higher fuel taxes, rather than  lower pump prices. That’s a model increasingly being adapted in country after country, including oil producing countries, all of which face massive budget deficits due to the lower prices.

The implications for this demand shock are profound. On the industry side, one of the most commonly cited reasons being quoted for the price war, the destruction of the US shale oil industry, is one. That clearly won’t happen in an election year, along with the resilience of these producers.

Secondly, the result of lower consumption is bound to be reflected in lower emissions, which will give climate scientists and activists much date to measure and learn from. At least some cities might want to learn how to make these lower levels the new normal, even after ‘normalcy’ returns.

The new changes in working styles, be it work from home or less travel ,or less face to face meetings are bound to leave a lasting impact in terms of some permanent shifts, that will also showcase possibilities that were not being considered earlier for climate mitigation. Even steps being taken by firms and national governments to limit the sort of supply shocks they have suffered from the disruption to global supply chains, could eventually see some manufacturing being done closer to markets, cutting down on emissions.

A massive focus on public healthcare, and by association, the quality of other public services, is bound to lead to a reversal of the shrinking governments being favoured in many of the largest economies, and lead to calls for higher direct government involvement  in climate change issues too. The world, in other words, will change forever by the end of this year. Let’s hope the right lessons are learnt.