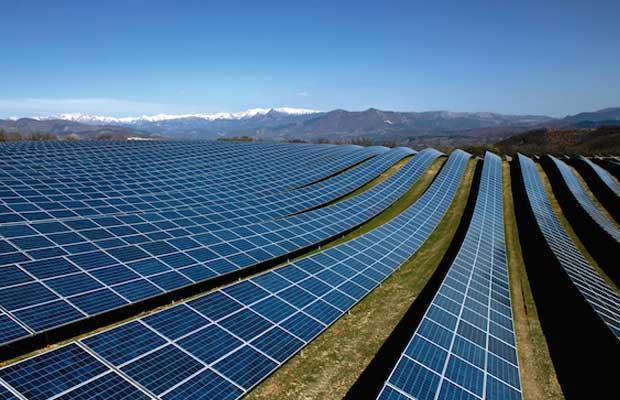 According to IHS Markit (London, UK), global demand for solar photovoltaics (PV) will reach 79 GW in 2017, a slight 2 percent increase over the 78 GW installed in 2016. This compares to annual growth that surpassed 30 percent in both 2015 and 2016. An anticipated decline in the world’s three largest PV markets – China, United States and Japan – will shape the outlook for PV demand through this year.

China installed 31 GW of PV last year, of which 35 percent was in the second quarter prior to the FiT reduction in mid-2016. China’s FiT scheme for 2017, allowing a grace period until June 30th, 2017 for permitted projects to obtain the 2016 tariff, sets the stage for another strong second quarter, albeit smaller than the previous year.

IHS Markit projects China to contract by 16 percent and install 26 GW in 2017, unless policy announcements later this year set off a new wave of installations.

IHS Markit anticipates a 3 GW decline in the United States

The United States installed 15 GW in 2016, as projects were required to be completed by the end of the year. There is uncertainty regarding 2017 demand as IHS Markit anticipates a 3 GW decline, mainly in the utility-scale segment.

Japan’s PV demand shrunk by 23 percent year-over-year in 2016 as a result of FiT reductions and limited grid access for new projects. Japan is expected to decline by another 10 percent in 2017 to become the world’s fourth-largest market.

At projected 10 GW of installations, India is set to take position as the third-largest PV market in 2017. However, significant challenges remain, including access to land and financing. The rollout of a goods-and-service tax could increase prices in third quarter 2017.

In 2017, the four largest PV markets will represent nearly three-quarters of global PV demand. Even as smaller markets grow on the back of declining module prices, their growth will not be enough to counterweigh impact of demand fluctuations in the largest markets. Through 2021, IHS Markit projects a total of 450 GW of new PV installations globally. This implies 141 percent growth in cumulative installed PV generation capacity.

Tags: HIS Markit, Solar, Solar Power, Solar PV
"Want to be featured here or have news to share? Write to info[at]saurenergy.com