The growing electricity demand will increase the need to deploy smart grids for power supply. Smart meters, which are installed at consumer’s premise, are used for reading the power consumption in real time, provide accurate billing, and to identify electricity theft. 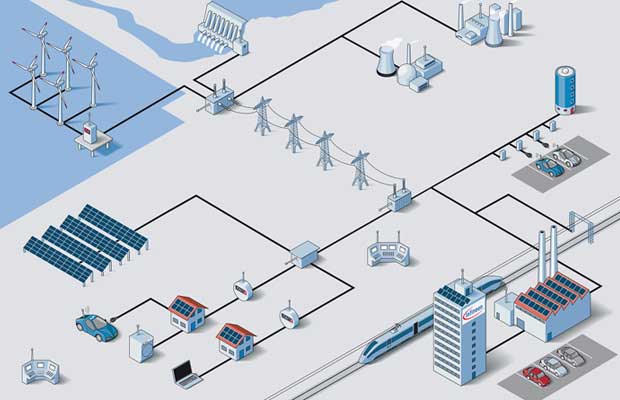 According to the latest market study released by Technavio, the global smart grid cyber security market is expected to grow at a CAGR of more than 10 percent during the forecast period of 2017-2021.

The market research analysis categorizes the global smart grid cyber security market into the following type of application. They are:

The consumption segment in the smart grid cyber security market accounted for more than 37% of the total market share in 2016. The growing electricity demand will increase the need to deploy smart grids for power supply. Smart meters, which are installed at consumer’s premise, transmit consumer usage data to electric utilities. Smart meters are used for reading the power consumption in real time, provide accurate billing, and to identify electricity theft. They also allow consumers to manage electricity consumption of home appliances, which can be monitored either by a mobile application or personal computer.

According to Thanikachalam Chandrasekaran, a lead analyst at Technavio for power research, “Many government authorities have set guidelines, aimed at protecting smart meters from cyber-attacks. This leads to an increased adoption of safety measures such as data authentication and encryption, which will drive the demand for smart grid cyber security solutions for consumption applications over the forecast period.”

In 2016, the generation segment in the smart grid cyber security market occupied for more than 34% of the total market share. The increasing demand for electricity has put pressure on utilities to produce more power. As per the US EIA’s Annual Energy Outlook 2017, the cumulative planned electricity generation capacity addition in the US during 2017-2021 is expected to be 40.6 GW. Renewable energy is being increasingly integrated into power generation plants. As per IEA’s World Energy Outlook 2016, power generation from renewables is expected to increase from 23% of the global power generation in 2016 to 37% by 2040.

“The increase in power generation demand by EV use can be met through grid modernization, which also increases cyber security concerns. Protection of generation assets is of prime concern for operators. In case of a cyber-attack, failure of generation assets will lead to a severe power failure that translates to high T&D and monetary losses. Thus, the introduction of SCADA systems will fuel development in the global market,” says Thanikachalam.

The distribution and control segment in the smart grid cyber security market accounted for around 29% of the total market share in 2016. Power grid modernization enables grid system operators to centralize the control and monitoring of their distribution assets. Incorporation of SCADA into the grid has allowed operators to effectively manage the load and decrease the outage time, thereby increasing the reliability of the grid. SCADA system can record data and analyze it to prevent any severe incidents to occur.