India’s No.1 power electronics company, the Consul Neowatt recently showcased its range of Sunbird Solar Inverters with grid export facility at the 10th edition of REI Expo held in Greater Noida. The Sunbird range of solar inverter is today, the No. 1 solar inverter in India and also the preferred choice of system integrators in the country. 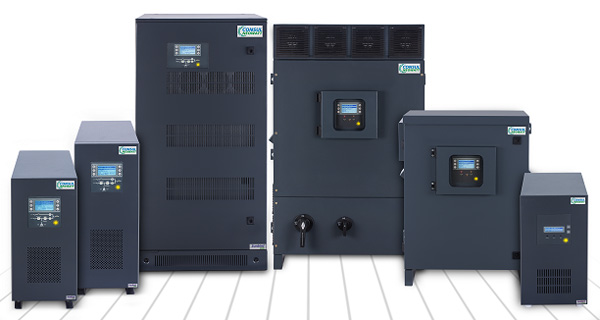 Consul Neowatt, offers a comprehensive line up of solar inverters for customers namely Off-grid, Hybrid and On-grid inverter solutions. The company is the 1st Indian solar inverter manufacturer to get the IEC 62116 Anti-Islanding certification that is required by CEA (Central Electricity Authority of India) for Net Metering applications.

Speaking on the occasion, Mr. Sriram Ramakrishnan, CEO & MD, Consul Neowatt Power Solutions Pvt. Ltd. said, “Our Sunbird range of solar inverters have gained recognition in the market based on their superior performance in demanding field environments.  Our in-house DSIR approved R&D facility as well as 3 decade experience in understanding the India power conditions enables us to develop products that are rugged and flexible to meet evolving market conditions. The hybrid solar inverter model with grid export gives customers the ability to maximize self consumption of solar power ensuring the optimal returns on the investment and is also future ready to address changing Net Metering regulations”.

With a heritage of 30 years in developing power conditioning and power backup products, Consul Neowatt has an in-depth understanding of the Indian power environment. The company has completed over 300,000 power back-up and power conditioning installations across India, Middle East and Africa and delivered over 1000 Megawatt of products. We have a large base of 5000+ customers spanning across industries like manufacturing, food processing, hospitals, banking, textile and retail among others. In addition, it exports to 10-plus countries and is also a DGFT (Directorate General Foreign Trade) Deemed Export House.