Lars Ronnas, Swedish Ambassador for Climate Change, asserted that there are “very strong interests” in his country for bilateral cooperation in this field. 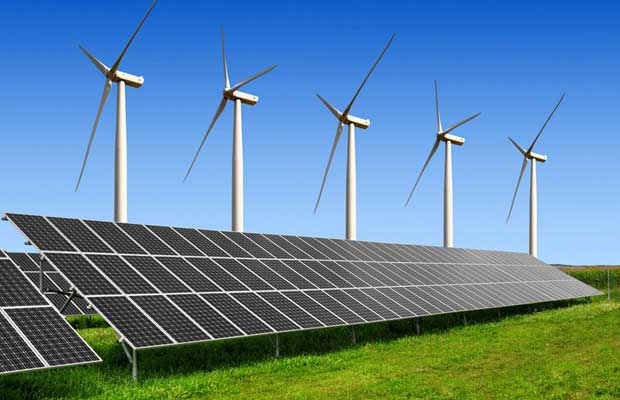 India has the “intellectual capacity” and potential to be a model for the rest of the world in tackling environmental issues, especially through the use of renewable energy sources, Sweden’s envoy for climate change has said.

“India also has a very young population who are driving things. There are skilled people and you (India) have the knowledge and the intellectual capacity to do so. Also, the strong move towards use of renewable energy in India is encouraging,” Ronnas said. Asked in what areas of environmental sectors Sweden can cooperate with India, he said, there are “good prospects” of Indo-Swedish collaboration.

There are scopes for working together in the area, from public transport to waste-to-energy, but first “we need to find a business model”, the climate energy envoy said. “India and Sweden are different in size and other aspects. We are one of the top countries in innovation and business is global. And, we have some headways in terms of how to address waste, a major problem in all mega cities. So, the scope for collaboration, I am quite convinced they are. The initiative for any further partnership has to come from India, but “Sweden is willing”, he said.

“We have a number of MoUs already. Our PMs (Narendra Modi and Stefan Lofven) met last year. The business councils in Sweden are very much engaged. “So, there is a very strong interest in my country for collaboration. We need to see how we can find collaborative approaches with different stakeholders,” Ronnas said.

Asked in which areas, India can focus in combating climate change, the envoy said use of green cars (electric, hybrid) and cycles can be promoted. “In many countries, we are seeing a lot of middle-aged men and women in the midst of their career, in good jobs, going to work cycling. But, if cycling has to be promoted, the authorities must ensure, the designated tracks are there and that those are not used by cars and other vehicles,” he said. He also gave the example ‘Bonus-Malus’ system in Sweden for reducing carbon dioxide (CO2) emissions, to emphasise his point.

“In the (Swedish) government new budget bill, it is proposed that if you buy a new car, based on combustion engine, you pay additional taxes, and if you by an environment-friendly, hybrid or electrical car, you get substantial benefit. If approved, it will apply from first half of next year.” he said.

Besides, we have imposed carbon tax on vehicles since 1990s, as a means to cut emission, he said, adding the use of biogas-based fuel has also contributed to reduction in emission.

Ronnas arrived recently in India, and at an event at the TERI School of Advanced Studies in south Delhi, launched ‘7 Days Challenge’ programme that will encourage students to take more sustainable and smart actions around choices they make as they “eat, move and live” through their daily lives.

“The young generation must challenge my generation that they can do it in a different way than we have been doing. They should set an example in striving towards a sustainable living, creating a more sustainable planet,” he said.

Prior to Delhi, he also visited Pune and Mumbai, and met top officials in the central and Maharashtra governments. The envoy also interacted with business leaders of Sweden-based firms in the country.