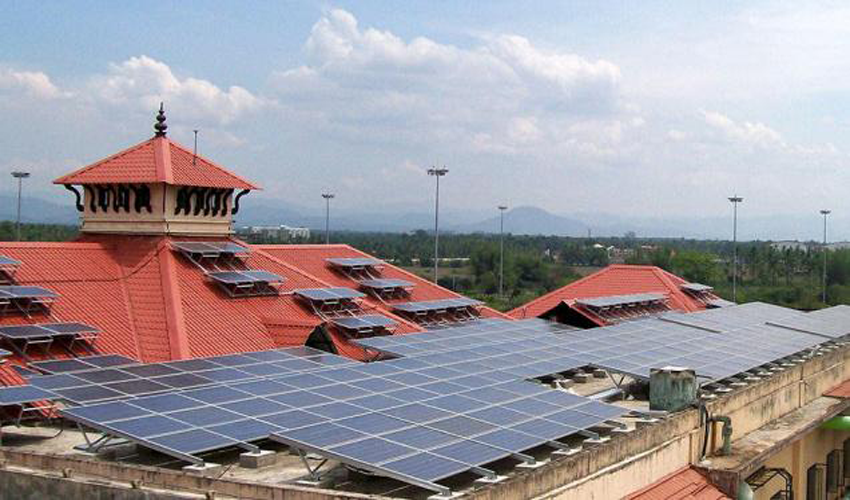 The Cochin International Airport Limited (CIAL) has decided to upgrade its solar energy generation capacity from the existing 13.1 MW because of the rising energy needs. The decision was afoot at a meeting of The Board of Directors of CIAL.

In 18th August 2015, solar power project installed the capacity of 13.1MW power plant which made the first fully solar powered operated airport in the world. Airport is consuming around 50000 units to 60000 units per day which was produced by the photovoltaic (PV) solar panels.

However the consumption of energy is likely to be increased by double because of the spreading over 15lakh sq. ft. of the international terminal.

To retain its status as a world’s first fully solar powered airport company has decided to upgrade the capacity of the solar panels to meet the consumers demand.