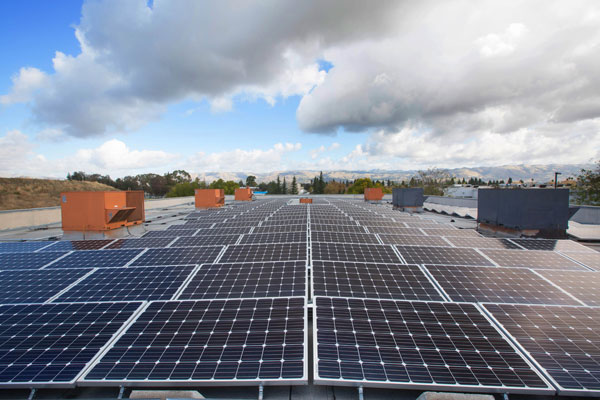 The Mitsubishi Electric PV system is the first commercial solar system to be installed in San Jose’s Vietnamese community. Chua Di Lac Buddhist Temple is one of the newer temples in Northern California.

“We believe that spirituality includes engagement in ecological issues,” said Loanie Lam, owner, Chua Di Lac Buddhist Temple & Unified Event Center. “We give back to the community through healing and yoga classes as well as teaching children how to meditate and live in the present moment. It’s beautiful to see the children go home and share the techniques with their parents on how to stay calm and release stress through breathing. Installing a photovoltaic system and converting to sustainable energy is an extension of our commitment to our community and mother earth.”

The solar electric system, installed by San Jose-based, Solar System, Inc. features 188 Mitsubishi Electric Diamond Pro solar modules. It has the potential to offset 90 percent of the temple’s electricity needs and produce 75,000 kWh of solar power in its first year. It can also reduce greenhouse gas emissions by 57 tons annually, equivalent of recycling 16 tons of garbage instead of dumping in landfills. The system will offset CO2 emissions equal to 56,245 pounds of coal burned.

The system was installed with inverters from Yaskawa – Solectria Solar and racking from PanelClaw.