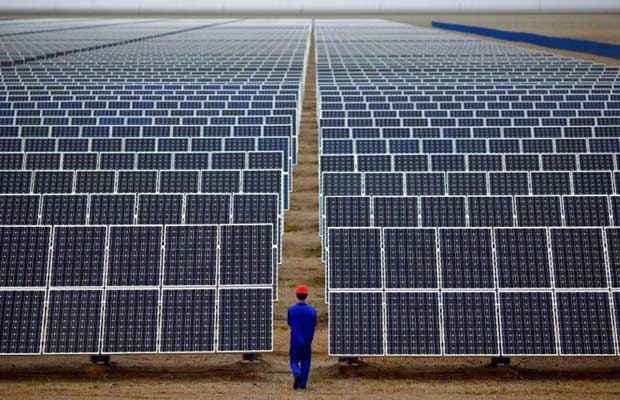 It is worth taking a minute to appreciate to have a high opinion of what China is doing in solar right now. China, already known for its iconic Great Wall that runs from east to west across the country’s north side; is also the world’s largest solar producer, which has added a total of 24.4GW of solar in the first-half of 2017, which is a new year-on-year record, 9 percent above last year’s record installation figures. According to the data from China PV Industry Association (CPIA), the total installed solar PV power generation capacity reached 101.82GW, which includes 84.39GW classified as of utility-scale PV and 14.73GW classified as distributed PV.

The country has leapfrogged from nursing a tiny, rural-oriented solar program in early 90s to grow into the leading producer of the world’s largest renewable energy source.Between 2008 and 2015, China’s emerging solar panel industry dropped world prices by 70-80 percent, which also fundamentally changed the economics of solar all over the globe- which was a sheer stunning achievement in a fiercely competitive renewable market.

One clear outcome of China’s growth is possibly its photovoltaic cell production capability. China Photovoltaic Industry Association Secretary-General Wang Bohua pointed out that looking forward to the second half of 2017; the photovoltaic industry will have “more than expected” growth, and it is one can foresee that this year China’s photovoltaic cell production will exceed 60GW, reaching a record high. In 2016, it produced solar panels with capacity of 48GW. The growth in the production seems unimaginable, at the time when China’s photovoltaic industry development is also facing issues such as non-technical high cost, complex international trade environment and many other serious challenges. But despite all this, the support from domestic sales and demand from the United States and emerging markets is encouraging China to keep piling up its solar panel production capacity.

The timeline of China’s success in solar began back in 1990 when Germany, with an aim to promote rooftop solar panels, catered technology, capital and professionals to lure the Chinese into manufacturing solar cells and panels to meet the German solar demand. This is where China grabbed the opportunity and dabbled in solar energy, encouraging some of its pioneering companies to put their feet forward and scour the world and rapidly expanding its presence in the solar world.