The plan to set up a factory in India by LONGi, the world’s largest monocrystalline solar wafer maker, comes in backdrop to Union government’s proposal to make it mandatory for firms to have local manufacturing capability to bid for the world’s largest solar tender of 20 gigawatts (GW). 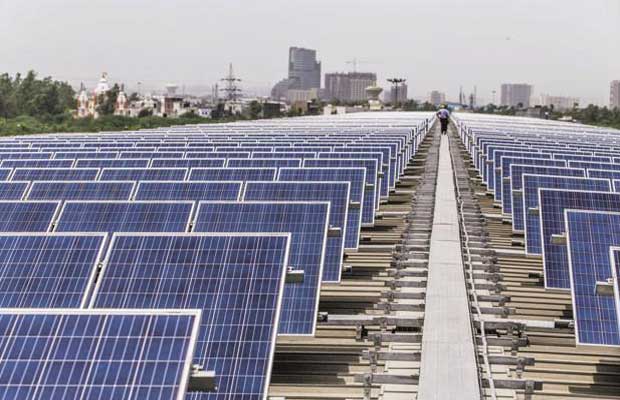 LONGi Green Energy Technology Co. Ltd is likely to become the first Chinese company to set up a solar equipment manufacturing facility in India, according to two people aware of the development.

The plan to set up a factory in India by LONGi, the world’s largest monocrystalline solar wafer maker, comes in backdrop to Union government’s proposal to make it mandatory for firms to have local manufacturing capability to bid for the world’s largest solar tender of 20 gigawatts (GW).

It also improves the average efficiency of a solar panel, resulting in a better capacity utilization factor (CUF) of a solar project.

Capacity utilization factor is a measure of how well a solar power plant is utilized and is the ratio of the actual electricity output from the plant to the maximum possible output during the year.

“Our company are (is) still in further discussion about investment and capacity to be built in India as well as other details. It will be disclosed in future,” a spokesperson for the Shanghai Stock Exchange said.

The other Chinese firms who have been looking at solar equipment manufacturing in India include; GCL-Poly Energy Holdings Ltd and Trina Solar Ltd.

India has also been conducting an anti-dumping investigation on solar equipment from China, Taiwan and Malaysia.

For China’s solar panel manufacturing industry, with an estimated capacity of around 70GW per year, the US and India are major markets. According to consulting firm Bridge to India, the Indian solar module market is dominated by Chinese firms, with domestic manufacturers accounting for only 10.6 percent market share.

The government also proposes to award 100GW of solar and wind contracts by March 2020.

“LONGi’s executives have been meeting Indian solar power developers to get a sense of the future demand in India,” another person aware of the development requesting anonymity said.

There has been growing interest from companies to set up domestic manufacturing facilities here.

India witnessed a record low solar tariffs of Rs2.44 per unit in May, which rose up to Rs2.65per kWh in an auction conducted by the Gujarat government in September. The country has set an ambitious clean energy target of 175GW by 2022. Of this, 100GW is to come from solar projects.