China has become the second country in the world to build a photovoltaic highway, after France introduced the world’s first photovoltaic road in late 2016. 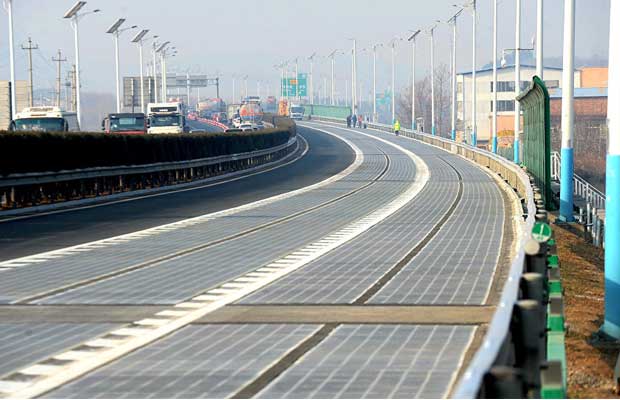 China has successfully tested its first photovoltaic highway based on home-grown technology in the country’s eastern Shandong province, Xinhua reported.

The road has wireless charging systems for electric vehicles.

The road is constructed using solar panels which have a thin sheet of clear concrete on top of them, protecting the surface.

The solar panels were built to transfer energy to electric vehicles passing on top of them.

The one-kilometre segment of solar-powered highway covers a surface area of 5,875 sq.m. The stretch has three layers. At the bottom is an insulator to prevent moisture from getting to the photovoltaic devices in the middle layer, and on top is the layer of transparent concrete.

The tested segment of solar highway can generate 817.2 KW of power and is expected to generate 1 million KW hours of electricity each year. The electricity generated will be connected to China’s national power grid.

China has become the second country to construct a photovoltaic highway. France was introduced the world’s first photovoltaic road fitted with solar panels in late 2016.

The solar highway project signals China’s solar-power ambitions. In 2016, the country became the world’s top solar-energy producer, boosting its photovoltaic capacity to around 78 gigawatts, and it’s aiming for 105 by 2020.