China’s solar surge has accelerated drastically in the first half (H1) of this year, with reports stating that the country added 20 GW of new PV capacity in the six months to June 30, which is times as much as during the same period a year ago.

Wang Bohua, General Secretary of the China Photovoltaic Industry Association (CPIA), said that the surge in capacity has extended China’s lead over Germany as the top solar producer. Moreover, the power developers were too instructed to execute the installations ahead of a proposed reduction in the price paid for solar power by grid operators, Wang added further. 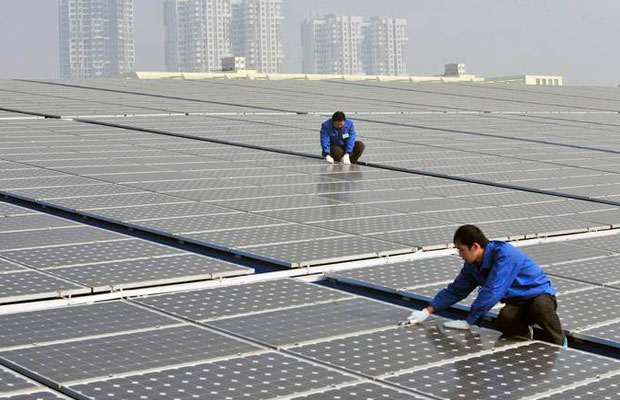 The Government of China in late 2015 dictated that solar projects that were operational by June 30 2016, would be entitled for a ‘feed-in tariff’ of roughly 1.0 yuan (15 U.S. cents) per kilowatt hour (kwh), while projects that were completed after said date would be eligible for a lower tariff rate.

According to the reports from CPIA, the production of solar photovoltaic modules has also increased to 27 GW, up by 37.8 percent in the first half of the year. Also, the profit margins of the major manufacturers improved to an average of 5 percent from 4.85 percent last year. China has managed to surpass Germany, and turned out to become as the largest solar power generator worldwide last year, with installed photovoltaic capacity totaling to 43 GW as of the end of 2015.

The Chinese government has set a target of 18.1 GW for 2016, which is below initial market expectations and is a sign that the China is trying to slow capacity expansion in the power generation sector. CPIA further stated that the total new solar capacity is expected to be 30 GW by year-end, which also includes experimental roof-top projects and charitable installations in impoverished areas.

Going through the reports of CPIA data, it came to the light that the western provinces have the greatest surplus capacity, with the provinces of Gansu and Xinjiang wasting 52 percent and 39 percent of their respective generated solar power in the first quarter.

According to the National Statistics Bureau, China’s solar power output has increased to 31.3 percent from a year ago in June to 3300 GWh, which equates to 0.7 percent of total power generation, and it has been the first time the statistics bureau carried solar output data.