China has left Germany behind having most installed photovoltaic power capacity in 2015. 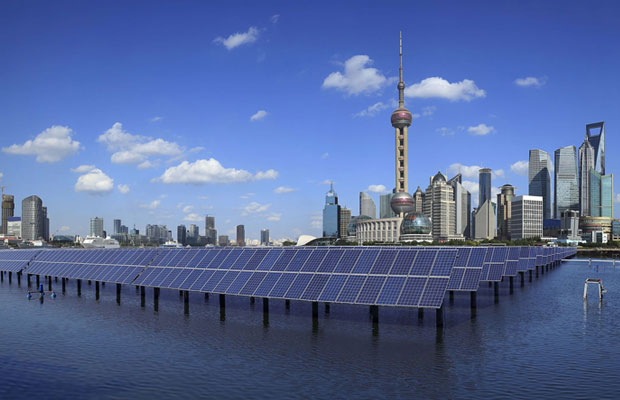 China, being the world’s largest carbon emitter, now aims to be the biggest installer of solar power capacity with record numbers pushing the researchers to add almost 80 percent more capacity to stipulated one. The amount of additional capacity of 30GW of forecasted capacity will likely help China, surpassing all the solar energy generated in Japan in 2017. About 54GW is added this year, Bloomberg New Energy Finance said.

The spike in the market growth has aid top panel producers like Jinko Solar Holding Co. and Trina Solar Ltd. to gain. In the first nine months of 2017, almost 43GW of solar power is installed by China, exceeding last year’s total of 34.5GW.

Yvonne Liu, a BNEF analyst in Beijing said “The amount of rooftop solar plants and projects aimed at easing poverty were more than expected and developers rushed to build some ground-mounted solar projects before they have been allocated subsidies.”

China has left Germany behind having most installed photovoltaic power capacity in 2015 and has also been the world leader in solar market since 2013.

According to a November 2017 note, CCB International Securities Ltd has mentioned to raise its forecast from 40GW to 55GW for China’s solar power.

“We have a bright outlook for the entire supply chain of China’s solar sector as new policies are introduced to liberalize direct power sales for distributed power generation and based on our assumption of tariff hikes and a higher renewable surcharge in 2018,”  said CCB.

According to the International Energy Agency (IEA) the renewables or nuclear are being the major source of half of all China’s addition to electricity generating capacity. The IEA estimates about 40 percent of total power from renewables by 2040, making coal contribution to fall to 40 percent in comparison of about current 67 percent during this period.