Chennai Metro to go fully solar by next year 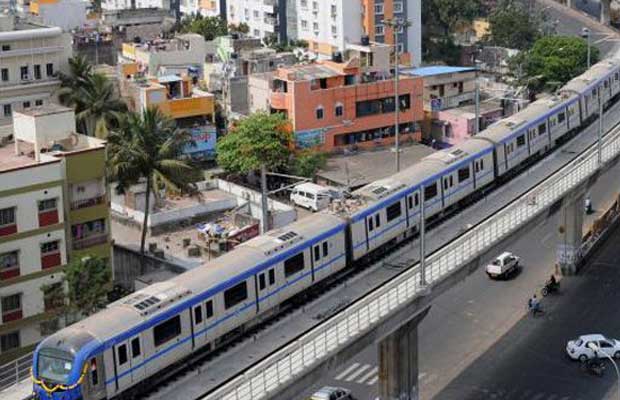 Chennai Metro Rail Ltd. (CMRL) is reportedly planning to go fully solar in phase one of 2017. 1MW of solar power will be available in next few months, while another 8MW is expected to be accessible by next year.

CMRL by installing solar panel will not only make it self-sufficient but it also plans to feed the surplus power to the Tangedco grid.

From the third week of July CMRL will go green for its administrative office as well as operating trains. The solar panels will be installed on rooftop of elevated stations, depot and on buildings of underground stations. CMRL have identified The CMRL has identified around 29 locations with a total roof top area of 79,759 sq m to install 8MW capacity rooftop solar plant.

The first service of Chennai Metro Rail was started a year ago between Koyambedu and Alandur and the next stretch between Little Mount and Chennai airport is likely to be opened in August end.

The 1 MW Grid tie solar Photovoltaic system on the rooftop of the Head Office of Chennai Metro Rail Ltd shall generate over 5000 units of electricity/day, thereby helping the head office, CMRL to save over Rs. 1,12,00,000 lakh rupees in electricity consumption annually! The entire system comprises 20 Nos. of 50 Kw Grid Tie String inverters fitted with 3200 Nos. of 315Wp solar panels.