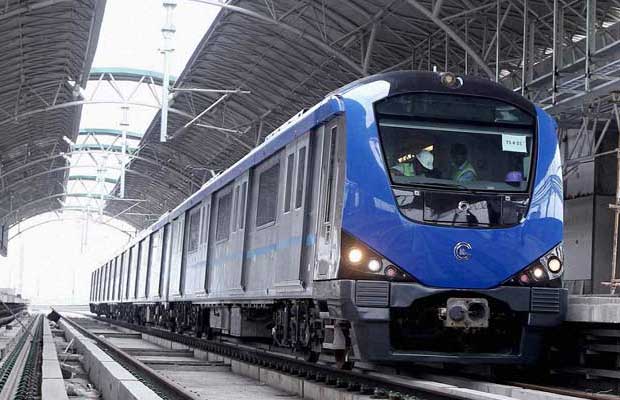 Chennai Metro Rail Limited to install its first solar power plant with a production capacity of 1MW in next six months claims a report.

According to The Hindu CMRL will install its first solar power panel on the rooftop Koyambedu depot at and later install it in stations too.

The Koyambedu depot which spreads over an area of 26 hectares houses regular services such as a maintenance shed, inspection bay, stabling lines & a washing plant, it also houses the Chennai Metro’s Operational Control Centre (OCC) from where the movement of metro trains can be monitored & stage managed across the city. The depot consists of 15 kms of track including a test track for trial runs.

Currently CMRL uses 40,000 units of electricity, when the project of solar power generation facility completes it will be able to take about 30-40 per cent of the total energy consumption.

DMRC has so far commissioned 2,794 kWp of Roof Top Solar Plants.  Further, DMRC has signed a Power Purchase Agreement for another 7 MW roof top capacity.  Delhi Metro Rail Corporation Ltd. is planning to implement 50 MWp Solar PV Plant in total on roof tops of its Metro stations and other buildings owned by DMRC including the upcoming stations of Phase III.