Change the market before it changes you,” said Su-Kam Managing Director Mr. Kunwer Sachdev at India International Science Festival (IISF) held at Anna University. Speaking on the topic ‘Process, Manufacturing and Electrical’ on the theme titled ‘Make-in-India’, Mr. Sachdev narrated how Su-Kam has been heralding innovations at a rapid pace. 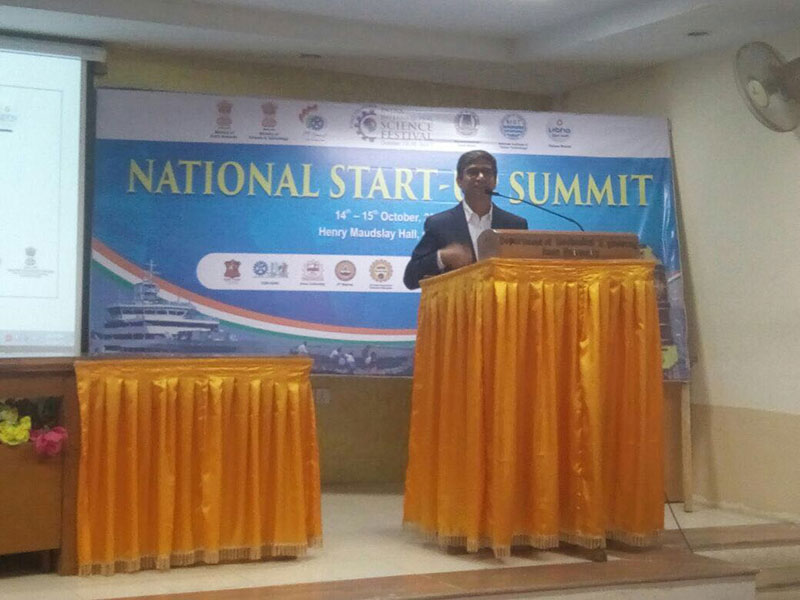 “From introducing plastic body inverters, Su-Kam has indeed come a long way. All our latest products leverage the Internet of Things along with Artificial Intelligence and can be controlled even through Mobile Applications for analytics of the product. Furthermore, all our products are tested through in-house developed testing equipments that remove the margin of human error thus providing high-quality products to the customers,” he added.

He further said that Indian solar sector has come a long way with renewable energy comprises 16% of India’s energy mix. This is expected to rise up to 40% by 2030. Tamil Nadu is among the leaders in the solar energy adoption with total solar installed capacity amounting to 1,702.40 MW.

Organized by the Government of India, the aim of India International Science Festival (IISF) is to instil scientific temper among people and showcase Indian contribution in the field of science and technology over the years.