A 10kw peak (kWp) of floating solar power plant pilot- the peak power has been commissioned at Dhanas Lake amid efforts by the government to flourish Chandigarh as a solar city. The Peak Power floating solar plant has been engineered to supply power to fountains at the lake for aeration.

The USP of the plant is its indigenously built dual-axis tracking technology that is capable of generating 30 percent or more power than conventional solar photovoltaic ones mounted on the land. Realising the broader objective of solar, the Yellow 2 Gen Energy Pvt, the company which has installed the solar plant recently, had proposed to the Chandigarh Renewable Energy and Science & Technology Promotion Society for innovative development of the land-neutral solar PV (floating SPV) plants in the city. 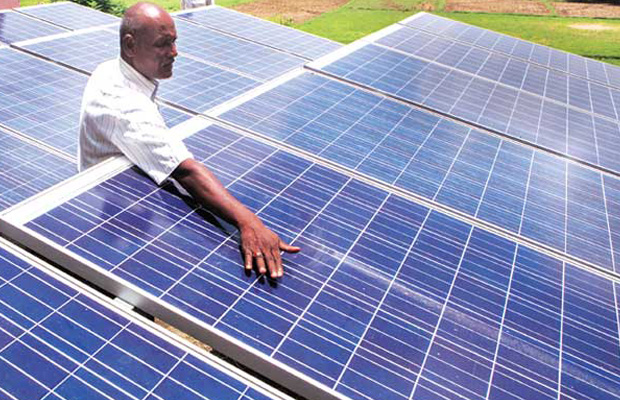 Jeevan Mohanty, one of the Co-founders and Director of Yellow 2 Gen Energy, said.”The approximate cost of the 10 kWp floating solar power plant designed by Yellow is around Rs 12 lakh.”

This technological innovation in solar means the platform can be set up on small water bodies for meeting captive energy requirements as well as conservation of ponds and lakes.

Highlighting the relevance of this technological innovation, Vivek Jha, Co-founder and Director of Yellow 2 Gen Energy stated that decision to promote installation of floating solar power plants will be benefiting states that are grappling with the problem of land acquisition.

Rakesh Chauhan, the other Co-founder and also a Director said, “Yellow’s design has dual-axis tracking, which leads to higher energy generation and makes it cost-effective.”

The installation of floating power plant in Chandigarh is yet another attempt to achieve practical and tangible progress in harnessing solar energy, and in turn facilitate for large-scale generation of electrical energy using solar radiation at economically viable cost.

The government has earlier chosen the planned city to develop it as a model solar city and has plans for the deployment of 175 GW renewable power capacity by 2022, of which 100 GW is assigned for solar energy.