Spearheading the government’s Atmanirbhar Bharat initiative and as part of the Azadi Ka Amrit Mahotsav, the scheme includes completely 100 percent electric buses and aims to reduce the operating costs for cities, removing bottlenecks of procuring e-buses by State Transport Undertakings (STUs), instituting best in class practices, and operating standards and enabling operational and passenger efficiencies by evolving into a platform for modernization of city bus.

The cities to be covered under this “Grand Challenge” are Bangalore, Delhi, Surat, Hyderabad, and Kolkata in the first phase. The first lot of e-buses are expected to hit the roads by July this year.

Through this Grand Challenge, CESL aims to deploy 5450 single decker buses and 130 double decker buses. CESL intends to enhance its support to state governments in achieving their electric mobility targets as well as further build an infrastructure for electric mobility in the country. This is seen as a big step in the series of initiatives to fulfill the commitments made by Prime Minister Narendra Modi for making India a Net Zero nation by 2050 and getting closer to achieving Energy Independence by 2047.

The benefits of participating in the Grand Challenge include lower prices realized due to aggregated demand, high quality benchmarked technology, access to FAME-II incentives, access to state incentives, air quality improvement, and access to domestic and international sources of finances. Keeping in mind the changing environment where climate change related issues and energy independence have turned the focus on EVs, CESL will later be expanding support to more cities. 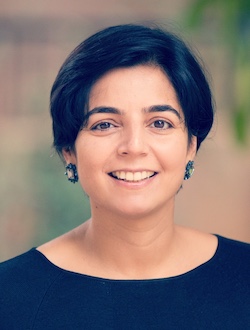 Sharing her views about the Grand Challenge, Mahua Acharya, MD & CEO, CESL said ‘The real meaning of aggregation across cities under an OPEX model is actually homogenization. This Grand Challenge Tender represents efforts by so many people – STUs, OEMs, financiers, Niti Aayog, DHI and ofcourse my colleagues. This is the biggest ever scheme in the world – and is based on an innovative, asset-light model that make it possible for STUs to deploy affordably and at scale.’’

She further added, “By reducing carbon emissions and ofcourse air pollution, I am confident that this mandate will help India in successfully meeting climate change targets as defined by the Honorable Prime Minister, Narendra Modi. I would like to thank NITI Aayog for shepherding this whole initiative and WRI for their immense support. I would also like to extend my thanks to the State Transport Undertakings (STUs) and the cities that will become part of this innovative initiative. The Grand Challenge will certainly encourage the faster transition to green mobility across the country while creating a synergy between private operators and state governments. We are optimistic that this Grand Challenge will further provide a push to our goal to attain transformation to EVs from fossil fuels in the coming years throughout the country and the world.”

Highlighting the event, Amitabh Kant, CEO, NITI Aayog said, “Standardizing tendering conditions in diverse cities is a big step towards the transformation of public transport in India. Participation in the Grand Challenge is a commendable effort from STUs, who I am sure will stand to gain from economies of scale through the aggregation of demand by CESL.”

Adding to the above, Kailash Gahlot, Transport & Environment Minister of Delhi said, “I am pleased to announce today that Delhi has requested 1500 buses under the Grand Challenge and stands ready to offer state subsidies where they are required. We are aggressively pursuing electric mobility – and I commend CESL for its efforts to standardize the terms and conditions for how this is delivered.”