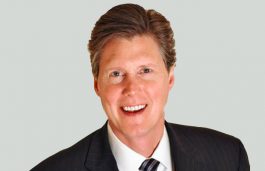 Rhone Resch has announced to step down as President and CEO of the Solar Energy Industries Association (SEIA) on May 31st, 2016. SEIA will name an interim leader and begin the executive search process before his departure.

Chairman of SEIA’s board of directors- Nat Kreamer has expressed the association’s gratitude to Rhone for his accomplishments as SEIA’s CEO.

Rhone played a key role in securing policies that raised the explosive growth of the U.S. solar industry, including the creation, modification and multiple extensions of the ITC since 2005.During his tenure, SEIA also was instrumental in expanding state renewable portfolio standards (RPS) across the country, protecting and enhancing net energy metering laws, spearheading siting and permitting reforms and supporting the adoption of carbon regulations.

“During his 12 years of leadership at SEIA, Rhone grew the organization from a grassroots collective of solar companies into a formidable national association with a strong presence in Washington and members that range from local family businesses to blue chip and Fortune 500 companies,” Kreamer said.  “He created a single, powerful voice for the industry, representing all technologies and markets. That unified front has been the hallmark of SEIA for the last 12 years and recently helped us secure a huge win at the federal level with the extension of the solar Investment Tax Credit (ITC), ensuring the solar industry’s role as an economic engine of growth for the United States for years to come.“

Resch in a letter to membership said “I am honored to have been able to contribute to building an industry that has such a positive impact on the U.S. economy, our energy security and the environment,” he added “with the ITC extended through 2021 and solar energy markets growing throughout the country, now is the right time for me to move on to new challenges and opportunities that lie ahead.”

Rhone and SEIA staff have driven efforts to hold the solar industry to the highest levels of integrity with the development of critical business codes and consumer protections that will provide the public with great confidence in buying solar. And looking ahead with the doubling of solar jobs and quadrupling of electric generating capacity expected in the next five years.