Mumbai and Solapur divisions have nine solar power plants each, while Pune, Nagpur and Bhusaval have three plants each and one is at the Matunga workshop in Mumbai 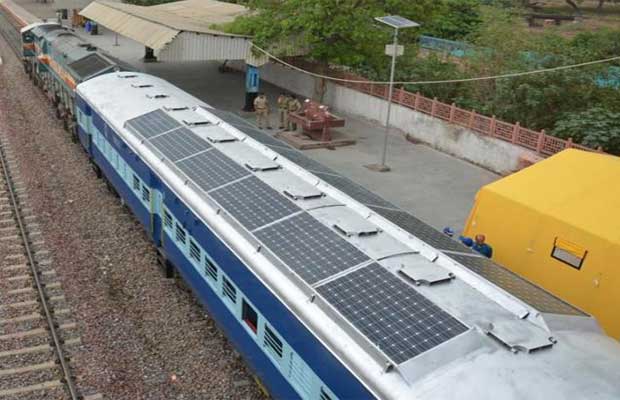 To promote green/renewable energy in the country, the Central Railway has installed a total 28 solar power plants with a capacity of 924 kilowatt peak (KWp) on its five divisions and at a workshop.

According to an official, Mumbai and Solapur divisions have nine plants each, while Pune, Nagpur and Bhusaval have three plants each and one is at the Matunga workshop in Mumbai.

The solar plants at Sanpada and Matunga Workshop having capacity of 1000 KWp each are in various stages of implementation. Once operational the expected energy generation of these plants will be 25 lakh units per year.

250 railway stations have already been provided with LED lights, which save energy as compared to conventional lights. At remaining 188 stations, LED lighting will be provided by March 2018, the official stated. The estimated annual energy savings will be 1.4 crore units, which will result in savings of Rs 13 crore every year, the official added.

The CR will pay back quarterly instalments to EESL from the savings achieved from energy bills by retaining some part of savings for the next five years, an official said. The agreement is for five years and during this period EESL will replace defective fittings and equipments, if any.