Fraunhofer ISE’s new “Center for High-Efficiency Solar Cells” in Freiburg builds upon this solid foundation. It will include infrastructure to replace the outdated clean room for solar cell development and is also perfectly equipped for the next generation of solar cells. 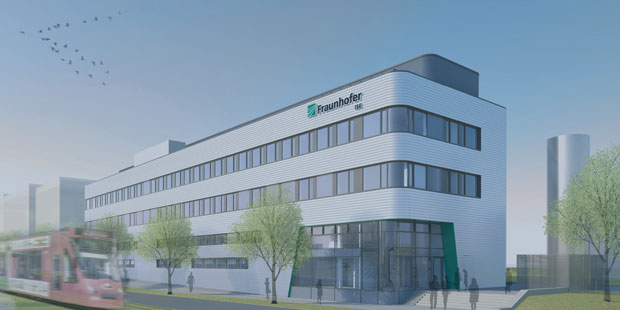 When the Fraunhofer ISE Photovoltaic Technology Evaluation Center PV-TEC was inaugurated in Spring 2006, it was the first research-based pilot line for crystalline silicon solar cells. Back then with support from the German Federal Ministry for the Environment, Fraunhofer ISE PV-TEC was able to build a new, unique service center for the photovoltaic (PV) industry. With laboratory facilities stretching over 1200 m², PV-TEC continues to offer research, development and services on an industrial production level. Through its pioneering work in the field, the technology transfer to PV industry began to grow at an accelerated rate. Germany soon became a leading nation in the area of solar cell production and production technology, the latter still holdingtoday. PV-TEC’s ten year jubilee was celebrated in Freiburg on April 13, 2016 in the presence of high-level representatives of the Baden-Wuerttemberg Ministry for the Environment as well as the German Federal Ministry for Economic Affairs and Energy as well as more than 50 leading representatives of PV industry. The location of the event – and also a reason for celebration – is the new laboratory addition “PV-TEC Select.” With its new infrastructure in place, the lab’s aim is to realize solar cell efficiencies of 25 percent. PV-TEC Select will be officially inaugurated at the jubilee.

Back in 2006, the goal of PV-TEC was not only to reduce the cost of solar electricity but also to establish quality assurance for efficient R&D in photovoltaics, thus supporting and strengthening the German and European PV industry. Additionally education and training are important at PV-TEC. At its start, PV-TEC was equipped to process the classic screen printed solar cell. Later with support from the federal and state governments, the system technology could be augmented to manufacture more up-to-date solar cell structures with passivated surfaces. In all, the laboratory has contributed significantly to the introduction of new technologies in industrial production over the past ten years.

At the ten year jubilee of PV-TEC, the official opening of PV-TEC Select will also be celebrated. PV-TEC Select is a new pilot center with 800 m² of clean room laboratory facilities for front-end processing, which covers all solar cell processing steps prior to metallization. “We are looking forward to this new research and development platform, which enables us to develop industry-level, highly efficient solar cells based on selective contacts,” says Dr. Ralf Preu, Division Director of PV Production Technology and Quality Assurance. “In our new laboratory addition, our aim is to produce solar cells with efficiencies up to 25 percent as well as offer industry a unique chance to evaluate equipment technology on pilot scale in a clean room environment,” adds Dr. Jochen Rentsch, Laboratory Head of PV-TEC Select and Department Head of Wet Chemical and Plasma Technologies / Cell Process Transfer at Fraunhofer ISE.

Since PV-TEC Select and the company RENA, a leading supplier of production equipment for wet chemical surface treatment systems, are located in close proximity to each other, an obvious synergy effect occurs. Both laboratory space and potential are still available for production equipment from other industry partners. Ralf Preu comments: “In PV-TEC Select, we are expanding on the fundamental idea behind PV-TEC, namely forming a pool of basic technologies for the development of new generations of solar cell devices.” 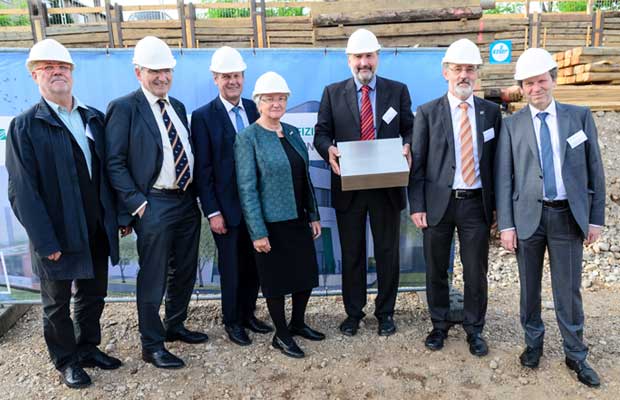 Prof. Eicke Weber, Institute Director, sees the opening of PVTEC Select as positive indicator for the slowly recovering PV industry in Germany. “With 90 percent market share, silicon photovoltaics is still the leading technology in the photovoltaic sector. It is imperative to continue exploiting the potential of new and exciting technology developments to increase efficiency and reduce costs as fast as possible,” says Eicke Weber. “Despite the fact that the installed PV capacity in Germany has fallen far below the amount required for the energy transformation, German technology suppliers still hold the leading-edge and meanwhile play a key role in the growth and expansion of global production capacity. Alone in 2015, 60 gigawatts of PV capacity were newly installed worldwide – an amount equivalent to the current global production capacity. We expect that the global installed PV capacity will double over the next five years to reach 100 to 120GW. This presents a large chance both for the economy and for research.”

The infrastructure and premises of PV-TEC Select were supported by the Baden-Wuerttemberg State Ministry of the Environment. Investment capital for equipment was provided by the German Federal Ministry for Economic Affairs and Energy (BMWi).