CEA Report Shows RE Generation Increased by 17.2% YoY in December 19

The latest report by CEA has revealed that electricity generated from RE sources increased by 17.2 percent YoY for the month of December 2019.

The latest report by the Central Electricity Authority (CEA) tracking the monthly renewable energy generation in India for the month of December 2019 has revealed that electricity generated from renewable energy (RE) sources increased by 17.2 percent year over year (YoY) from the same month in 2018, and 23.9 percent over the previous month (Nov’19). 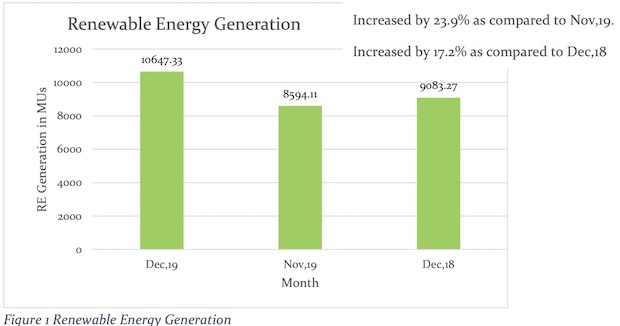 A total of 10647.33 million units of renewable energy was generated compared to 9083.27 MUs in the same month last year.

With that, the total installed renewable capacity in the country (as on December 31, 2019) stood at 85.91 GW, holding a 23 percent share in the country’s total energy mix which is still largely dominated by coal which accounted for 56 percent of the total share with 205.25 GW of installed capacity. 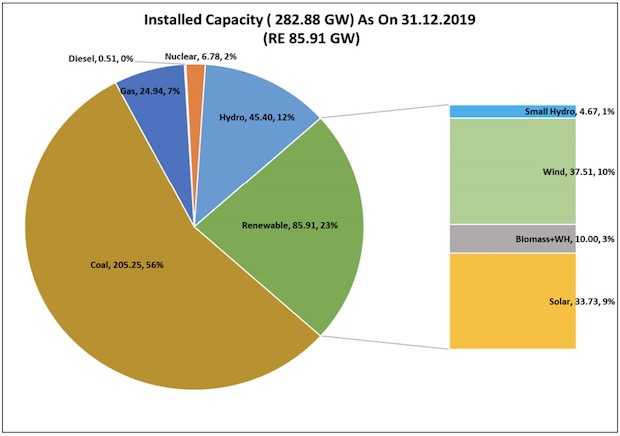 Other key highlights from the report:

Tags: CEA, December 2019, India, RE December CEA, RE Generation, Renewable Energy
"Want to be featured here or have news to share? Write to info[at]saurenergy.com