Capstone Infrastructure has announced that it has successfully acquired a 51 percent interest in the 132 MW Claresholm Solar Project from Perimeter Solar. 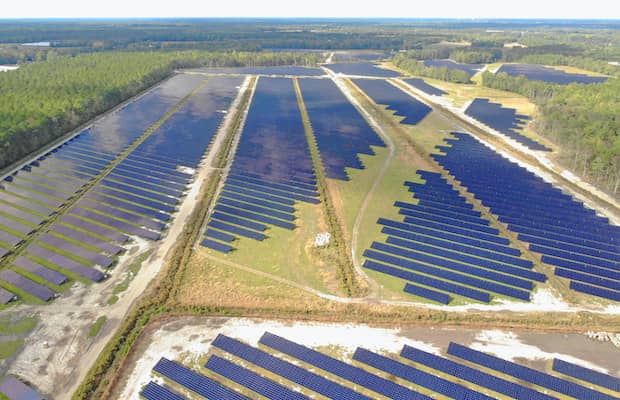 Capstone Infrastructure Corporation has announced that it has successfully acquired a 51 percent interest in the 132 MW Claresholm Solar Project from Perimeter Solar Inc. The remaining 49 percent interest is indirectly held by Denmark-based Obton A/S, a renewable energy investment firm.

“We are very excited to work alongside Obton and Perimeter to deliver this groundbreaking project, which, when complete, will be Canada’s largest solar facility.  Claresholm is an ideal fit for Capstone as we expand our presence in Alberta and grow our renewables business.” David Eva, Chief Executive Officer, Capstone.

The solar project is located in the Municipal District of Willow Creek, Alberta. In 2019, the project received regulatory approvals from the Alberta Utilities Commission and executed a 74 MW power purchase agreement (PPA) with TC Energy Corporation. Construction is scheduled to begin in the spring of 2020.

“Obton is extremely pleased with the partnership with Capstone on this very exciting PV project. We are both value-based companies that cherish integrity and honesty, which we see as two of the cornerstones of our collaboration. Realising this project together will help to create a sustainable energy mix in Southern Alberta.” Anders Marcus, Chief Executive Officer, Obton.

Philipp Andres, director – Business Development, Perimeter said that the firm is very pleased with the sale of the solar project into the capable hands of Capstone and Obton. Having originated and developed the project to this stage, it is a very rewarding experience for Perimeter to see the project move into the construction phase.

“We are confident the project will prove its value to the new project owners as well as to the landowners hosting the project and the local community. The project represents many firsts for solar energy in Canada and Alberta, and we eagerly anticipate the project becoming fully operational.”