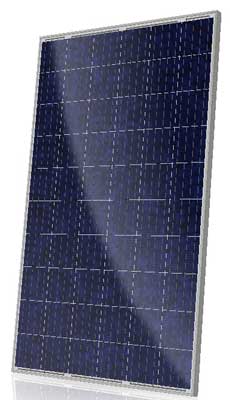 Canadian Solar Inc., one of the world’s largest solar power companies has announced the launch of its latest high efficiency poly modules, named Ku Modules at the Intersolar Europe from May 31 to June 2 at Messe Munchen in Munich.

The Ku Module product portfolio consists of: KuMax (144 cells), KuPower (120 cells), KuBlack (120 cells) and the corresponding double-glass KuDymond. The KuMax modules have a power class up to 360 Watts. The delivery of KuPower modules has started in May 2017.