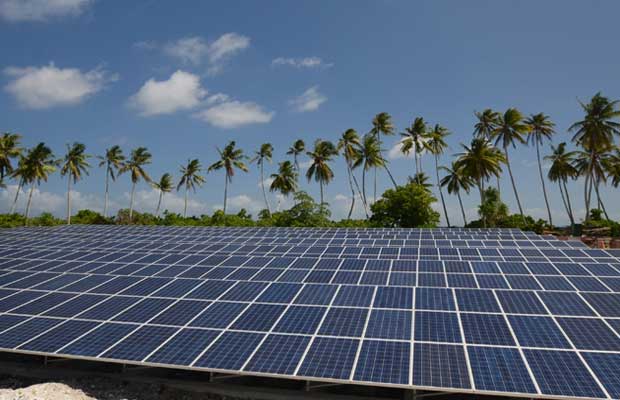 Canadian Solar is supplying modules for the Project from its 380 MWp modules factory established in Brazil to support the local market. EDF EN do Brasil will manage both the construction and operations phases of the Project.

Canadian Solar and EDF Energies Nouvelles has entered into a partnership for 92.5 MWp Pirapora III photovoltaic project in Brazil, through the sale of 80% interest in the Project by Canadian Solar to EDF EN do Brasil, EDF Energies Nouvelles’ local subsidiary. The Pirapora III project has started construction and is expected to reach commercial operation in the fourth quarter of 2017.

Canadian Solar is supplying modules for the Project from its 380 MWp modules factory established in Brazil to support the local market. EDF EN do Brasil will manage both the construction and operations phases of the Project.

EDF EN do Brasil previously acquired from Canadian Solar an 80% interest in its 191.5 MWp Pirapora I and 115 MWp Pirapora II projects. Once commissioned in 2018, the three projects located in the same area will form the largest solar photovoltaic facility in operation in Latin America with a total installed capacity of approximately 400 MWp. The three projects will benefit from common operational facilities and services. The Pirapora III project, located in the State of Minas Gerais in Brazil, was awarded a 20-year Power Purchase Agreement in the 2014 Reserve Energy Auction.

The Project will generate 188 GWh per year and contribute towards the country’s goal of obtaining 23% of its energy from non-hydro renewable sources by 2030.

“We are proud to be working with EDF EN on a third project in Brazil. We have now partnered with EDF EN on all three of our projects in Brazil that were awarded long-term PPAs, totaling close to 400 MWp. We value our strategic partnership with EDF EN and look forward to continuing our successful collaboration on other opportunities in the future, as we expand our quality solar project pipeline globally“, said Dr. Shawn Qu, Chairman and Chief Executive Officer of Canadian Solar.

Antoine Cahuzac, EDF Group’s Senior Executive Vice President, Renewable Energies and CEO of EDF Energies Nouvelles, added: “This acquisition constitutes further evidence of our growth ambitions in Brazil, a key renewable energy market for the EDF Group. It represents a new step toward the EDF Group’s goal of doubling its renewable capacity in France, and worldwide, by 2030 under its CAP 2030 company plan.”