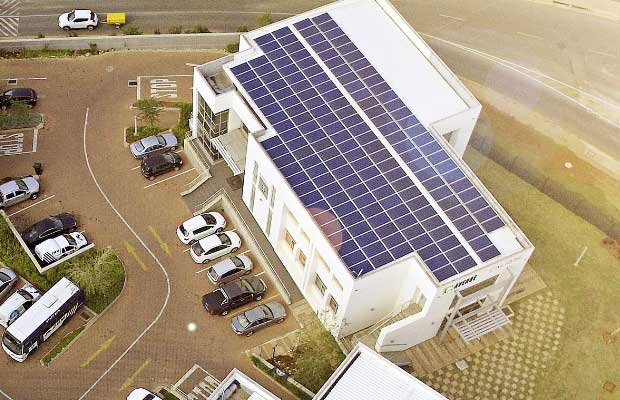 LeTID, or Light and elevated Temperature Induced Degradation, in PERC modules is a phenomenon exhibited in both lab tests and field operations. This degradation effect usually happens when module temperature is higher than 50°C and the magnitude of such degradation can reach up to 10% for both multicrystalline and monocrystalline PERC modules.

R&D engineers at Canadian Solar developed proprietary LeTID mitigation technologies through many years of intensive research in materials, processes and production equipment. Canadian Solar’s PERC modules exhibit excellent LeTID performance as demonstrated in internal lab and third party tests. This made Canadian Solar one of a few solar cell and module manufacturers who have mastered the technology to mitigate and control the LeTID in large scale production process.

According to a research report published by University of New South Wales (UNSW) in November 2018, Canadian Solar’s P4 module that is based on black silicon and multi-PERC technology showed less than 0.3% degradation in open-circuit voltage (Voc) after 166 hours of light irradiation at 1 Sun and of 75°C testing conditions, the lowest degradation among all multi-PERC modules in the industry tested under the same conditions.  The percentage of Voc degradation reflects the effectiveness of LeTID mitigation.

“Going into 2019, we will soon convert all of our cell capacities into PERC technology. The successful mitigation of LeTID, combined with our gigawatt-scale high efficiency module technologies such as Ku, BiKu, HiKu, HiDM and BiHiKu, further solidifies Canadian Solar’s leadership in solar technology and products”, commented Dr. Shawn Qu, Chairman and CEO of Canadian Solar.