Earlier on April 3, 2017, the Company announced it had raised JPY 5.4 billion for the Gunma Aramaki project through a dual-tenor green project bond. 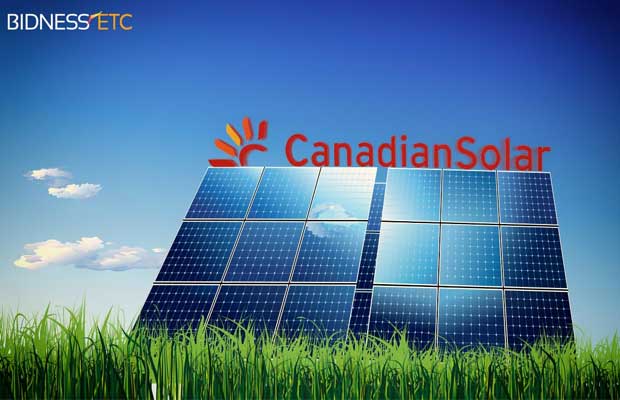 The Gunma Aramaki solar power plant is powered by 59,544 Canadian Solar’s CS6X Max Power solar panels. The plant is expected to generate approximately 23,830MWh of clean solar power per year, which will be purchased by Japan’slargest energy utility, Tokyo Electric Power Company Holdings Inc. (TEPCO), under a 20 year feed-in-tariff contract at the rate of JPY36.0 ($0.32) per kWh.

Dr. Shawn Qu, Chairman and Chief Executive Officer of Canadian Solar Inc. commented, “In 2017, we reached commercial operation on over 100MWp of solar power projects in Japan. Our 19.1MWp Gunma Aramaki project is the first of our two projects in the Gunma prefecture to have reached commercial operation. Today, we have successfully developed solar power plant projects in over 19 prefectures, further enhancing the geographic diversity of the operating portfolio we have developed across Japan.”

Earlier on April 3, 2017, the Company announced it had raised JPY 5.4 billion for the Gunma Aramaki project through a dual-tenor green project bond, the first of its kind in Japan. The project received an investment grade rating of “A” from the Japan Credit Rating Agency.

“This project represents a high-quality growth opportunity for Canadian Solar Infrastructure Fund and this innovative financing structure preserves the option for the Fund to acquire this operational asset in the future,” further commented Dr. Shawn Qu.