Beam Global, a leading provider of innovative sustainable technology for electric vehicle (EV) charging, outdoor media and energy security, announced that the State of California has extended Beam Global’s contract #1-18-61-16 to supply EV ARC™ systems to State of California Departments and other governmental entities, and expanded the contract to include government entities in other U.S. states at California negotiated price, without their having to go through a lengthy procurement or technology review process. The award extends the contract through June 23, 2022. 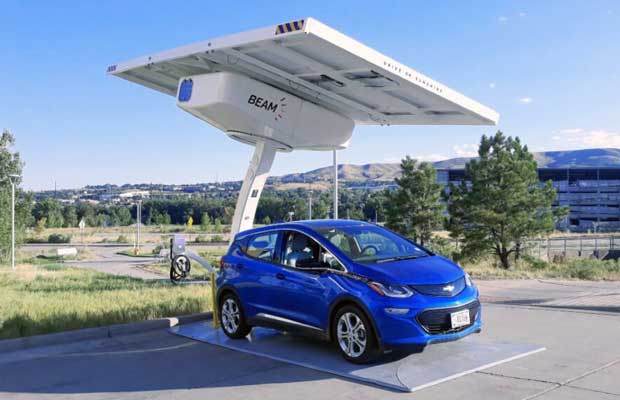 Use of the contract is mandatory for all State of California Departments and is available for use by local governmental agencies. The contract includes Beam’s emergency power solutions which provide a secure and reliable source of electricity for EV charging and first responders during natural disasters or other periods of utility grid interruption. The new contract also reflects the name change from Envision Solar to Beam Global.

“Now all 50 states can use the California contract to buy Beam’s rapidly deployed solar-powered EV charging systems at the same volume price we offer to the State of California,” said Beam Global CEO Desmond Wheatley. “Governments and companies nationwide are under increasing pressure to deploy EV charging infrastructure quickly to accommodate the accelerating adoption of electric vehicles. The EV ARC™ is the fastest deployed and most scalable infrastructure solution. It requires no permitting, no electrical work and no construction. It’s sustainably powered with no utility bill and no loss of charging during a blackout. We are delighted to get this expanded contract renewal especially right on the heels of our recently announced Federal GSA contract which does the same things for all Federal agencies including the military.”

President-elect Joe Biden has announced a plan that represents the most ambitious clean energy vision by any U.S. president in history with billions planned for EV charging infrastructure and $4 trillion sought for green jobs and infrastructure spending. On January 5, 2021, the Los Angeles Times reported that California Governor Gavin Newsom pledged to spend $1.5 billion in boosting the purchase of zero-emission vehicles and building new charging stations across California, seeking to pair an economic incentive with progress on California’s ambitious greenhouse gas reduction goals. In September 2020, Governor Newsom pledged to fast-track California’s environmental goals in response to the climate crisis. He issued an executive order that would require all new cars and passenger trucks sold in the state to be zero-emission by 2035. The contract Beam has with the State of California supports these goals, along with the goals of other states