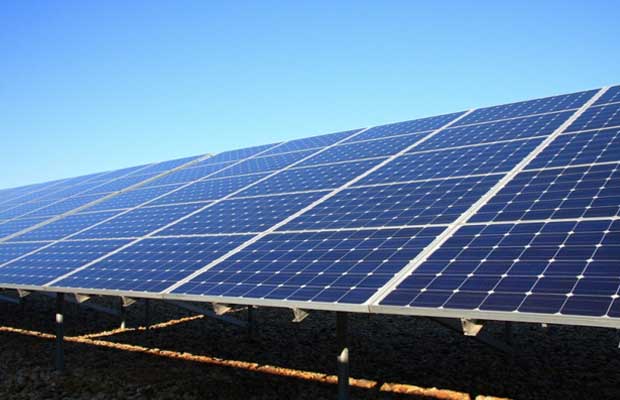 India has to make suitable policy changes by December this year to remove measures it had undertaken to protect its fledgling solar manufacturing sector from foreign competition, according to a recent notice issued by the Dispute Settlement Body (DSB) of the World Trade Organization (WTO). DSB adjudicates on trade disputes between national governments.

“The United States and India have agreed that the reasonable period of time for India to implement the recommendations and rulings of the DSB in the dispute ‘India — Certain Measures Relating to Solar Cells and Solar Modules (WT/DS456)’ shall be 14 months from the October 14, 2016, date of adoption of the DSB recommendations and rulings. Accordingly, the reasonable period of time expires on December 14, 2017,” DSB said in a communication on June 16.

“We have been given time till December and have been asked to complete all on-going projects. We will not be able to keep the provision of a secure market for Indian suppliers. Even Indian projects, which are owned by the private sector, cannot have Domestic Content Requirement (DCR),” said an official in India’s Ministry of New and Renewable Energy (MNRE). “However, WTO permits us to do projects by the government. So, if the government or its public sector units are undertaking a project, they have the provision of DCR.”

On February 6, 2013, the United States had requested consultations with India concerning certain measures of the country relating to domestic content requirements for solar cells and solar modules. The matter reached the level of a dispute, was taken to the WTO, and was settled in October 2016 in the favour of the US. The June statement comes after India accepted the ruling.

The December deadline is not a surprise, according to Raj Prabhu, CEO and co-founder of Mercom Capital Group, a clean energy consultancy. “Public sector units were already reluctant to tender DCR projects due to cost issues. The government has finally realised that it has to pay from its own pockets to pursue protectionist policies,” he told indiaclimatedialogue.net . “Some manufacturers will lose out, but most have not invested in R&D, so the result is not unexpected.”

According to Bridge to India, a renewables consulting firm, India provided some breathing room to local manufacturers through DCR and toyed briefly with anti-dumping duties. However, such protectionist measures have not helped local manufacturing anywhere in the world and the share of imports in India has continued to go up from 74 per cent in 2014-15 to 89 per cent in 2016, it said.

There are no real threats to the Indian solar industry in the short-term, Prabhu said. “The government is all for lowest power prices and it is doubtful they will disrupt the markets when they are getting solar power at cheaper prices than coal. With DCR tenders disappearing, some manufacturers will fail, but most of the jobs in solar are in project development and not manufacturing.”

The Indian solar sector had brushed aside any worries earlier as well. However, there had been some concern just after the WTO ruling came out.

Madhavan Nampoothiri, founder-director of RESolve Energy Consultants, also believes there will be no major impact due to this ruling. However, the capacity utilisation of domestic manufacturers, which is already low at an industry level, could go down further, Nampoothiri said.

The MNRE official said private developers who own a project, and install and develop it on their own and then sell power to the discoms will not have the DCR component. But projects owned and undertaken by government-owned National Thermal Power Corporation, Coal India or Solar Energy Corporation of India will continue to have the local content policy. “We have a scheme called Central Public Sector Units (CPSU) and, under this, there was a target of 1,000 MW. Now, we are in the process of bringing the second phase of this scheme, which will have a target of 7,500 MW,” he said. “Once that comes, the Indian industry supplier will have an adequate market.”

Prabhu explains that even when the DCR category was in place, Indian manufacturers were way behind the Chinese. “As of now, there is no competition between the two as Indian solar manufacturers form a negligible part of the global solar manufacturing industry. Solar tariffs have been going down largely due to cheaper Chinese modules, for example, in Rewa, Kadapa and the Bhadla solar parks. The Indian solar market is completely dependent on Chinese modules now and the Chinese are subsidizing India solar installations.”

“It is a fact that our suppliers are not competitive enough. Their prices are higher than the imported ones and that is precisely the reason why for the developer mode projects, they would always opt for the cheaper Chinese modules, since they have to compete,” said the MNRE official. “When it comes to bidding for a tariff, the cheapest one will give benefits, so they opt for it. This is unfortunate but is the case now.”

Bridge to India suggests that instead of considering a short-term response to this issue, “the Indian government should consider long-term implications for the sector and send a clear policy signal to reduce uncertainty for all stakeholders.”

India’s National Solar Mission talks of creating a domestic manufacturing supply chain. However, market dynamics have not supported that vision, says Prabhu. “Currently, the Indian module manufacturing business model is built on importing Chinese cells and assembling them in India.”

The MNRE official said that the Indian government doesn’t want to remain dependent on imported solar cells modules and is committed to supporting the industry. “We will ensure that some kind of policy is always in place to support the solar industry,” he said.