As the world awaits the next Union Budget on February 1, which will also be the last full budget before the general elections in 2024, one company in West Bengal has more reason than most to hope for a positive outcome. Websol Energy System Limited. Set up in an age when Solar power at scale was barely an idea, thanks to the prohibitive costs of manufacturing and low efficiency, Websol faces a legacy challenge that it hopes the budget, or the Union Finance Ministry, will help it get over. The challenge of serving a domestic market, as compared to the export market it was set up for. Especially in an area where the country faces a real shortage, solar cells. It all hinges on the clearance of the proposed DESH Bill, or the Development of Enterprises and Services Hub bill, that seeks to allow firms set up in SEZs to sell to the domestic market too. Doing so would enable Websol to supply competitively to a domestic market starved of locally produced solar cells, with most cell production consumed for captive module production by existing producers. Already, a pipeline of over 15-20 GW of solar projects in the pipeline face the risk of delays or even cancellations due to the high costs of importing cells with the 25% duty.

This Kolkata headquartered firm has the distinction of being among the early pioneers in the solar manufacturing space, and that too in an area where few firms ventured. Solar cell manufacturing.

Websol has been in the business of producing and selling solar photovoltaic cells and modules since 1994. First established as an Export oriented unit in a joint venture with WEBEL, an Electronic Development Corporation of Government of West Bengal and in technical collaboration with Helios Technology of Italy, the company was set up with a manufacturing capacity of 1MWp and it soon expanded capacity to 10MW in the same facility.

The company claims it has developed the expertise to convert reject wafers from the semiconductor industry into high quality wafers for the solar industry. While it started production using 4” silicon wafers, the technology was upgraded to produce 5 inch and then 6 inch wafers over the period of next five years. This gave the company a marketing edge and hence could compete very well in the international market against giants like Sharp, Kyocera etc.

The company also saw technological upgradation as it increased cell efficiency from 11% to 18.9% with in-house R&D and use of upgraded raw materials. In addition, the company developed expertise to design and develop new machinery to process the larger format wafers. Over the next 5 years, 8 inch  and 12 inch diameter wafers were being procured and processed both in circular form as well as cut into 6 inch square wafers. This helped to increase module output and thus the overall throughput of the line.

The company acquired international certifications for its entire range of products and was exporting more than 90% of its products to Germany, Austria, Italy, the US, Australia and African countries.

In 2009, as reject semiconductor wafers became scarce, the company ramped up its capacity to 30 MWp to process solar grade wafers by setting up a turnkey state-of-the-art line from Centrotherm, Germany. Also a 30MWp state-of-the-art module assembly line from NPC, Japan was set up. Both lines were set up in a new facility in the SEZ zone in Falta, West Bengal. It achieved cell efficiency of 17.2% in mono crystalline wafers during 2009 and produced modules with 240Wp output. This was among the best levels achieved worldwide during that time.

Every year more lines were being added and by 2015, the company had a 250MW cell line capable of producing high-efficiency multi-crystalline solar cells. At the same time, a 250MWp fully automated state-of-the-art module assembly line was set up to convert the cells made into solar panels. 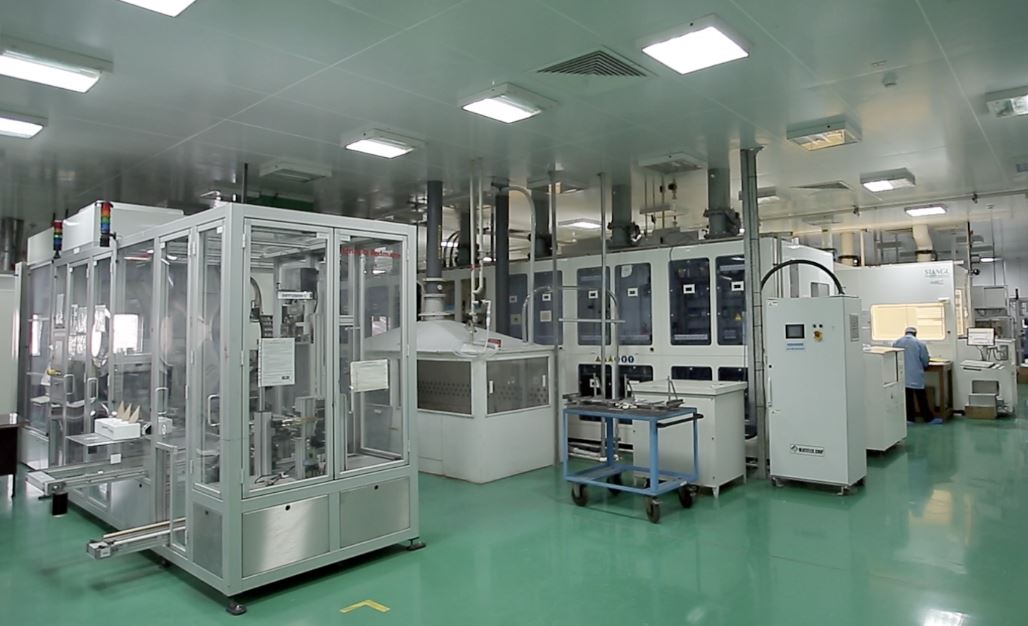 The company is currently working on 1.8GW Mono PERC Technology cell line and for the machines have been released and the required modifications in plants are in progress in the facilities, Utilities, and electrical sections. With a potential to create 750 direct and about more than 500 indirect jobs, the project hangs on a change in rules required to enable it to sell its output to the domestic market, without facing Basic Customs Duty 25% on solar PV cells. It hopes to be allowed to do it, even as it is willing to pay all other taxes as a domestic tariff area firm does.

Conclusion: At a time when the country is struggling to source solar cells domestically, not utilising Websol’s expertise and capacity seems incongruous, especially when it’s SEZ status is really an anachronism of the times it was set up in.

Websol hopes the government will allow them  to work on DTA format / on a forgone duty basis until the implantation of DESH bill so this will  help make a   clean break from its past and contribute more strongly to the large domestic market.